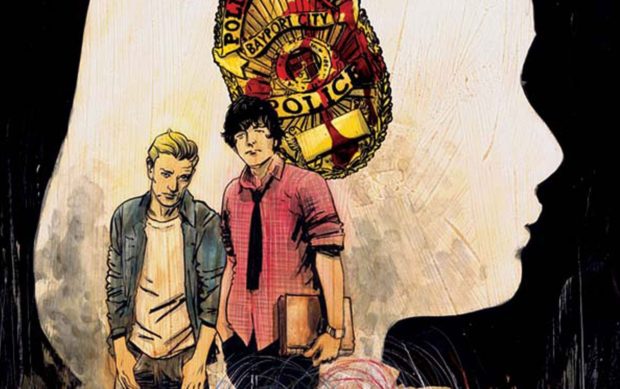 Those blue and yellow spines on bookstore shelves used to thrill me. I wasn’t as into Nancy Drew as I was The Hardy Boys, but I still thought she was cool. That was before ABC ran The Nancy Drew/Hardy Boys Mysteries, but only shortly before Disney put their 1950s Mickey Mouse Club back into syndication and I discovered that Disney had made a serial out of The Tower Treasure as “The Mystery of the Applegate Treasure” — what a theme song!

The point is, I was a fan. I checked in with the rewrites and a few of the updated paperbacks well into adulthood; they weren’t exactly my Frank and Joe Hardy or the Nancy Drew I knew, but I understood. And I’m still disappointed that Ben Stiller and Tom Cruise never made The Hardy Men. So… two things intrigue me about Dynamite’s announcement of Nancy Drew and the Hardy Boys: The Big Lie. One, I don’t think anybody has actually treated these characters as being in a serious mystery before, and two, this is by Kill Shakespeare co-creator Anthony Del Col.  It’s an interesting idea, and I’m looking forward to the series. 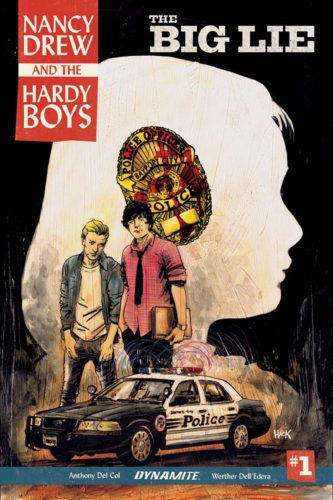 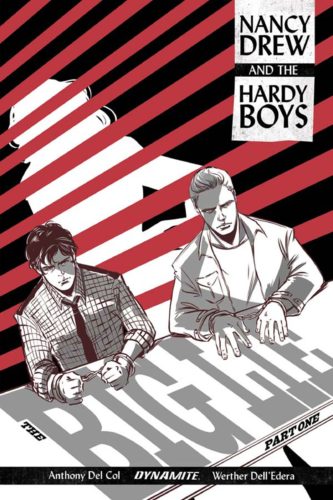 Earlier this year, Dynamite Entertainment further solidified claim to the industry’s leading publisher of licensed comics with news of an exclusive arrangement with Simon & Schuster to bring the beloved characters Nancy Drew and The Hardy Boys to comics with all-new adventures!

In this modern take, teenage brothers Frank and Joe Hardy are accused of the murder of their father – a detective in the small resort town of Bayport – and must team up with the femme fatale Nancy Drew to prove their innocence (and find the real guilty party in the process) in a twisting, hardboiled tale, complete with double-crosses, deceit, and dames.

Writer Del Col, a big fan of the characters, conceived this unique take years ago and worked to find and secure the license with Dynamite to bring this tale to life.

“I often come up with a lot of bizarre ideas, and two years ago I had this vision of a modern-day noir story with femme fatale Nancy Drew aiding accused criminals the Hardy Boys,” says writer Anthony Del Col. “It was an idea that, upon further thought, actually wasn’t that bizarre. And now Werther, Dynamite, and I are using it as a launching pad to examine who these characters really are, and why they’re still so beloved.”

“We wanted to do a take on the iconic characters the world grew up on unlike any that had come before,” says Dynamite Entertainment CEO and Publisher Nick Barrucci. “Anthony Del Col had a true passion for the source material that Werther Dell’Edera was able to bring through perfectly. This series does the characters justice, with a modern take that fits perfectly alongside Dynamite’s other popular crime titles!” 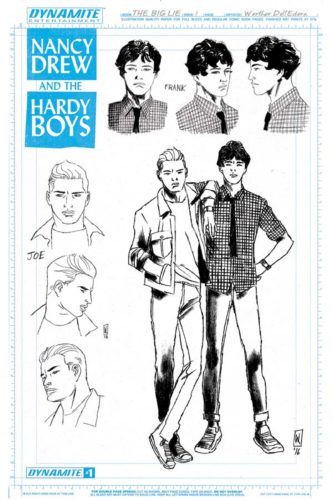 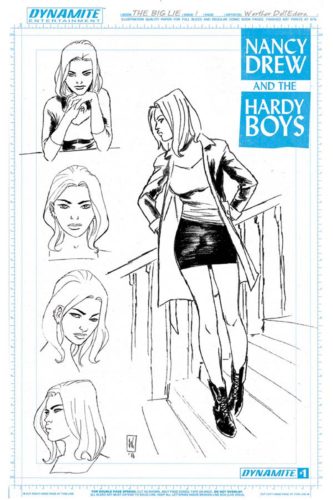 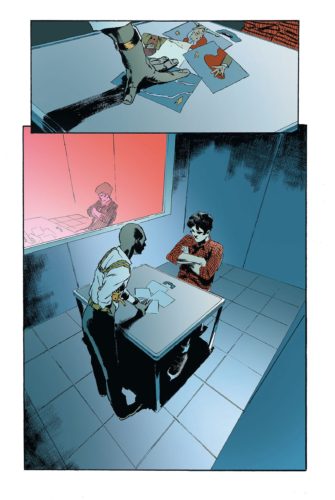