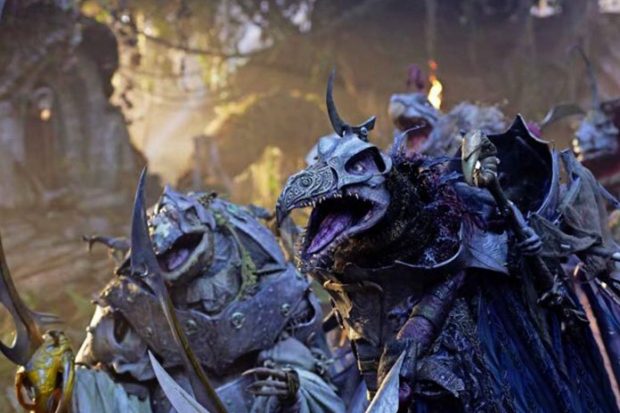 Netflix has released the first trailer for the highly anticipated The Dark Crystal: Age of Resistance, the ten-episode prequel series to Jim Henson’s innovative, ambitious, and dark 1982 feature The Dark Crystal.

Directed by Louis Leterrier, the series will explore the world of Henson’s fantasy film and features the voices of Taron Egerton, Anya Taylor-Joy and Nathalie Emmanuel in the leads alongside Helena Bonham Carter, Mark Hamil, Keegan-Michael Key, Andy Samberg, and many more.

Leterrier has reportedly insisted that the series will be based on puppetry, only using green screen technology to remove the puppeteers and for some digital mattes and set extensions – resulting in a return to old-school practical effects as much as possible. The series will premiere on Netflix on August 30th.

The trailer comes on the heels of the announcement that Netflix’s The Witcher has wrapped production on its first season. The series is based on the best-selling fantasy novel seriesand stars Henry Cavill as Geralt of Rivia. While no premiere date has been set, it is likely that it will be late this year or early in 2020. Netflix has some other high profile shows returning soon which were recently announced, including GLOW Season 3, Stranger Things  Season 3, and the final season of Marvel’s Jessica Jones.

These two high profile series are a part of Netflix’s continuing long term strategy of building their own original shows versus licensing them. With the rise of streaming competition coming from Hulu, Amazon, HBO GO, as well as the upcoming Disney+ and previously announced Warner Bros and Universal streaming services, Netflix is in a vulnerable position. As of March 31st Netflix reported $10.3 billion dollars in long term debt, most of which has been invested in original series exclusively for its subscriber base.