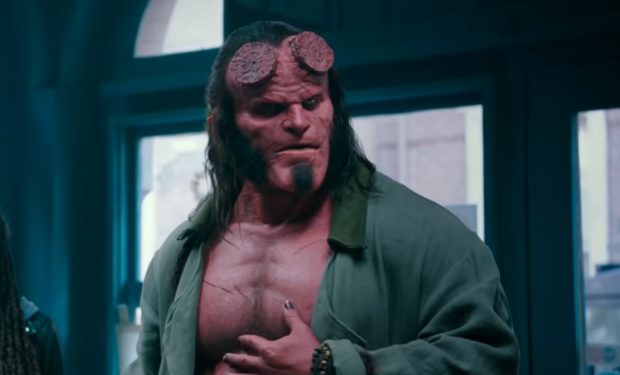 When Lionsgate announced this film, it was titled Hellboy: Rise of the Blood Queen, and came with a promise that director Neil Marshall would deliver a harder, darker, more frightening film than the character had had. This trailer isn’t that. It looks… fun. But on some level, Hellboy (now played by David Harbour) should be fun. But he should also be able to throw down with the darkest evil when the time comes. At least, that mordant sensibility is what drew me to creator Mike Mignola’s original stories.

That’s probably in this movie, and we’re seeing some of that darkness in this trailer. Mostly, we’re getting a taste of Harbour’s performance, and giving fans plenty of ammo to compare with Ron Perlman’s original — and excellent — portrayal. The Blood Queen is there, but very little of what Milla Jovovich will bring to the role that’s unique.

What it’s also added is a little bit of excitement for me. With all the comics-based projects coming our way in 2019 — Captain Marvel, Shazam (the Original Captain Marvel), Avengers: Endgame and I’m pretty sure I’m missing something in addition to needing to see Spider-Man: Into the Spider-Verse and Aquaman a few times, Hellboy offers something a little bit different, and I’m grateful.

Original publisher Dark Horse Entertainment has been reissuing Hellboy in reasonably priced omnibus editions if you want to catch up — and you should.