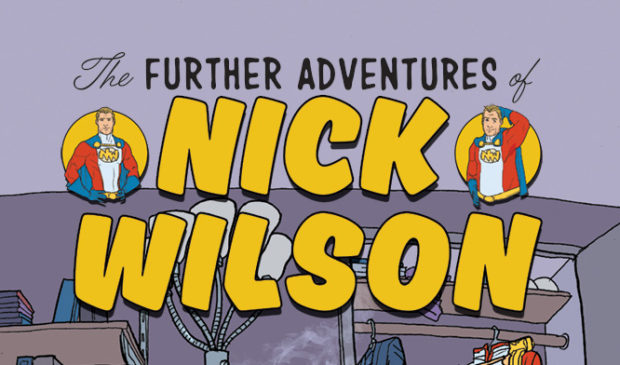 Nick Wilson had everything, good and bad, that would come with super-powers. When he wasn’t using his powers for good, he reaped the side benefits: fame, a little fortune, and companionship. If Icarus flew too close to the sun, Nick Wilson flew too close to… who knows? The mystery isn’t why he lost his powers (though that may be revealed), but how he’s supposed to go through life as an ordinary schmoe in a world that once had a superhuman. What’s the world’s only superhero to do when he’s unemployed and powerless?

Co-created by Emmy-winning writer Eddie Gorodetsky and Eisner-winning Marc Andreyko, The Further Adventures of Nick Wilson #1 gives us a man who’s still a decent guy, but having a hard time coping. Many people have trouble leaving glory days behind, but it’s harder when those glory days included stopping natural disasters. (He probably should have established a secret identity.) He still has a hanger-on acting as his “business manager,” but Nick gets by impersonating himself for parties. It’s a sometimes sad, sometimes funny slice of life in the first issue, with a twist that will have you hooked for the second. 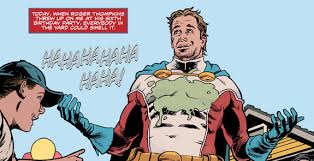 Illustrated by Steve Sadowski and Ian Churchill, the book feels like it has both feet in the real world. Nick may be in reasonable shape, but he’s just on the edge of letting himself go. When Nick looks up his high school sweetheart, we get a sense of real time having passed for real people. Yet out on the edge is someone trying to restore the glory days of Nick’s fame, perhaps a super-villain, perhaps just someone yearning for more.

In some ways reminiscent of Unbreakable but with a lot more charm, The Further Adventures of Nick Wilson debuts in January from Image Comics. 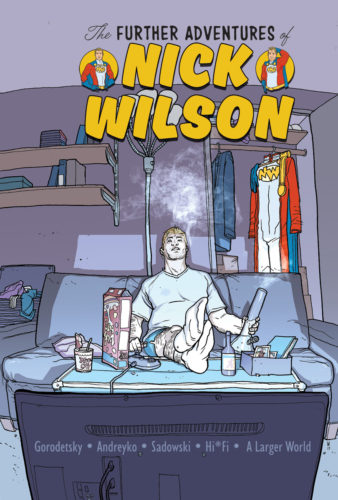