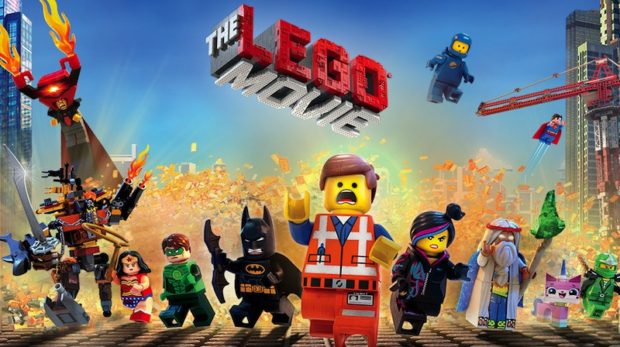 Every day, Emmet (Chris Pratt) wakes up, does his exercises, goes through his morning ablutions and generally faces the day. Figuring that as long as he follows the instructions, nothing can go wrong, Emmet just may be a lot like a lot of people.

But under the surface of the City, there lies a fabled “Piece of Resistance”, which Emmet may be destined to find and use to save the world. For what Emmet and all the other people singing “Everything is Awesome!” at the behest of Lord Business (Will Ferrell) don’t know is that Business will end the world in three days.

How will he do it? The mysterious super-weapon known as the Kraggle.

So on the surface, The LEGO Movie looks like a standard “chosen one on a quest” movie, but the script by directors Phil Lord and Christopher Miller just won’t follow the instructions.

Well, occasionally it does, but that’s part of the point. Like what it exhorts Emmet to demonstrate, the story keeps coming up with bursts of wild creativity. There might be a recognizable pattern, and yet it feels like anything can happen.

Because once upon a time, LEGO bricks just moved freely, people visiting whatever land or genre they wanted to, but a force has separated them all into neat little categories. Of course, that’s just Business, as in reality LEGO has licensed and created all kinds of sets, a far cry from the original box of building bricks that started the company,

The action weaves through both order and chaos, with inspired set pieces set on inspired sets. I don’t know that LEGO has ever really made a Cloud Cuckoo Land, but it would be more than at home on kids’ TV these days alongside Uncle Grandpa and The Regular Show. But its presence tips us that Lord and Miller are aspiring to satire, yet one gently appropriate for kids.

So the movie does not quite bite the hand that feeds it, but certainly takes a few nips at it. They have some limitations, as some properties just won’t play nicely — all those Lord of the Rings and Hobbit sets get a nod as “Middle Zealand,” but it’s medieval in tone. Yet there is one huge surprise cameo.

As you’ve no doubt seen in the commercial, a gathering of “Master Builders” points out all the licensing, and Lord and Miller have enticed a plethora of cool voices for just a line or five — all of them master strokes. Channing Tatum makes a perfect “cool” Superman, with a needy Green Lantern voiced by Jonah Hill. And hey, Cobie Smulders finally gets to be Wonder Woman!

But the bulk is carried by Pratt, being exactly that, and Elizabeth Banks as “Wild Style,” the girl of his dreams, being pursued by Lord Business’ perfect henchman, Liam Neeson as Bad Cop. It’s the best performance Neeson has given in years. Will Arnett sets the bar high as Batman, just daring Ben Affleck to reach it in a couple of years.

And then there’s Nick Offerman as the insane pirate Metalbeard, who just has to be seen — oh, and is available in his own LEGO set on sale now at Toys R Us.

Yes, it’s an hour and a half commercial, but damn, it’s a good one, and seriously, if a kid (or an adult) walks out and wants to go play with LEGOs, exploring their creative side, what’s wrong with that?