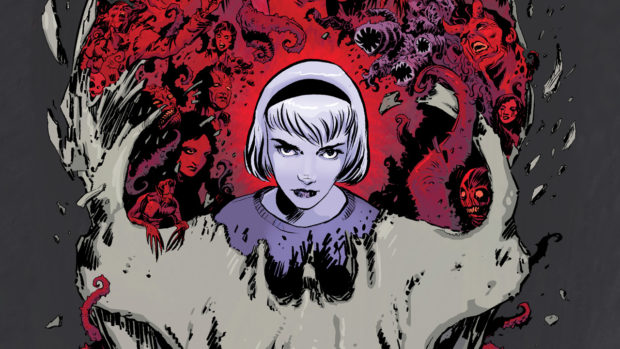 After announcing that the CW was interested in developing an adaptation of Chilling Adventures of Sabrina, the dark horror drama comic from Archie Comics will not join the television network’s comic book juggernaut programming. Instead, Archie Comics has announced that the series will go to Netflix.

Roberto Aguirre-Sacasa will continue his streak of competing with Geoff Johns and Greg Berlanti as the busiest creative in show business. In addition to being Archie Comics Chief Creative Officer, Aguirre-Sacasa serves as showrunner on Riverdale and still allegedly writes the actual comic Chilling Adventures of Sabrina (and Afterlife with Archie, but I’ve given up hope of ever seeing that book again). Co-created with artist Robert Hack, the comic is a far cry from any version of Sabrina the Teen-aged Witch we’d ever seen before, and it could make for a great show for fans of Supernatural and Buffy the Vampire Slayer, only likely far more twisted. The press release describes it as a “…dark coming-of-age story deals with horror, the occult, and witchcraft and will see Sabrina struggle to reconcile her dual nature of being half-witch and half-mortal while protecting her family and the world from the forces of evil.”

It’s also another show from Berlanti Productions in association with Warner Brothers Studios, so it’s not straying too far from its CW roots. Berlanti and Aguirre-Sacasa executive produce along with Archie publisher Jon Goldwater, Sarah Schecter (also working on Titans), and Lee Toland Krieger, who will also direct.

No specific target date has been announced for the series to begin production, and we don’t know who will be playing Sabrina. I’m just hoping we see issue #9 before 10 episodes show up on Netflix.