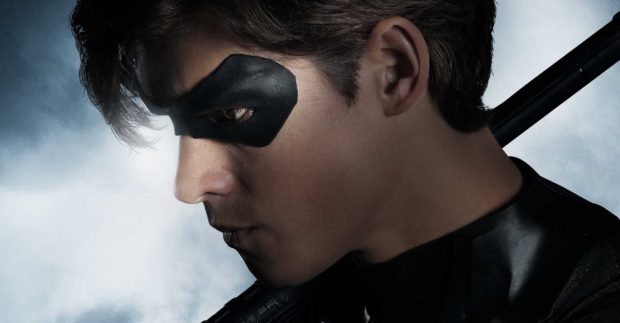 Brenton Thwaites? Looking like Tim Drake actually Dick Grayson looking cooler than he ever got to actually look in the comics as Robin, the kid from Pirates of the Caribbean: Dead Men Tell No Tales looks… danged good as the Boy Wonder. Leading the Teen Titans from out of animation and into live-action for the first time, Thwaites will headline Titans on the new as-yet-unnamed DC-branded direct streaming service from Warner Bros. Digital Services, due to hit in 2018. (Let’s predict it will be called “DC Direct” instead of “Crisis On Infinite Streaming Services.”)

While this series alone may not whet your appetite for another streaming service (though Warner describes as “direct-to-consumer,” so maybe it’s a pay-per-view), Titans joins a third season of Young Justice and a just-announced Harley Quinn animated series. That’s just for starters. I’d bet this brings in the DC Universe animated films, and don’t be surprised if the CW Arrowverse shows leave Netflix and head here. Still, I’d like to see just a little more original programming before buying in.

Take a look at Thwaites in costume below, designed by Laura Jean Shannon, who’s about to kill it for Black Lightning. And as long as Akiva Goldsman (Batman Forever) is only producing and not writing for the show,  it could be good. As good as the costume looks? Maybe.

From executive producers Akiva Goldsman, Geoff Johns, Greg Berlanti and Sarah Schechter, TITANS is an all-new live-action drama series that follows a group of young soon-to-be Super Heroes recruited from every corner of the DC Universe. In this action-packed series, Dick Grayson emerges from the shadows to become the leader of a fearless band of new heroes, including Starfire, Raven and many others. TITANS is a dramatic, live-action adventure series that will explore and celebrate one of the most popular comic book teams ever. 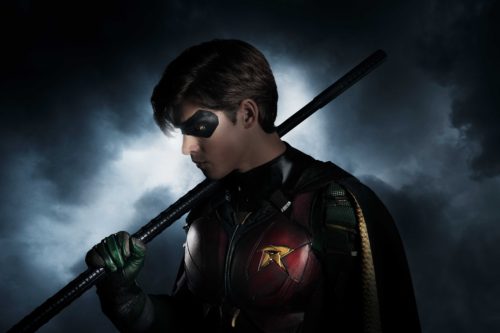 Though it’s likely the upcoming series will only bear some slight resemblance to Marv Wolfman and George Perez’ The New Teen Titans, you might want to check out those early days and see for yourself why this incarnation of the team has had such staying power. And thanks to both Justice League and co-producer Geoff Johns’ determination to place him firmly in the League and not the Titans, founding member Cyborg will likely be off the table.