The battle between Marvel and DC is being fought on television, with ads all over the Gaslamp District for both the CW’s “Arrowverse” shows and Netflix’s Defenders. But today, Marvel got a leg up — a giant dog leg up, if you will — by letting loose the Inhumans.

First, ABC showed fans a trailer for the show, the first two episodes of which will play in IMAX theaters for “a two-week period” (that may mean regionally) on September 1st, followed by a network television premiere on September 29, 2017. ABC also promises that there will be exclusive content on the network broadcast — whether that’s extra scenes or behind-the-scenes remains to be seen — and that the series will run in its entirety. That means straight through with no repeats. (Unless it’s super popular, then I’ll predict “encore showings.”)

Though featuring some of the same shots as the earlier trailer, this feels more focused, setting up the conflict and showing the most important thing: Lockjaw in action. There’s a lot of focus on Crystal (Isabel Cornish) and Triton (Mike Moh), who looks better than I’d thought he would. Though the purist in me wants to see Black Bolt (Anson Mount) in his mask, I’ll buy his conflict with his brother, Maximus (Iwan Rheon).  And Medusa (Serinda Swan) has hair that looks more alive, though the CG isn’t entirely convincing. 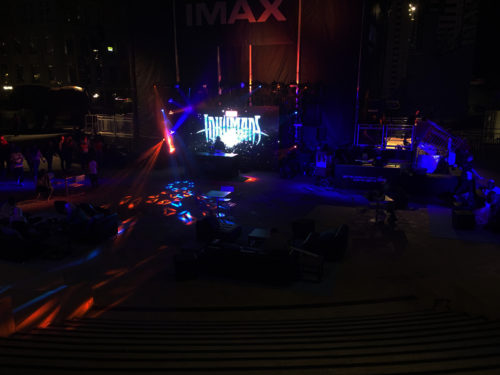 It’s enough, though, to get fans excited, and ABC followed up by having an event in Horton Grand Plaza. The network set up an IMAX screen and a replica of Lockjaw that was almost as big. While people waited to get into the IMAX to watch the first episode, the studio hosted a party. 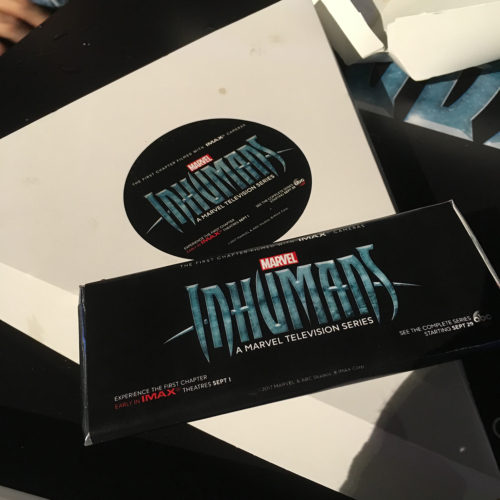 Now, if the Flash would run all over the Gaslamp handing out treats, maybe the CW could come back from that. For now, Marvel wins. 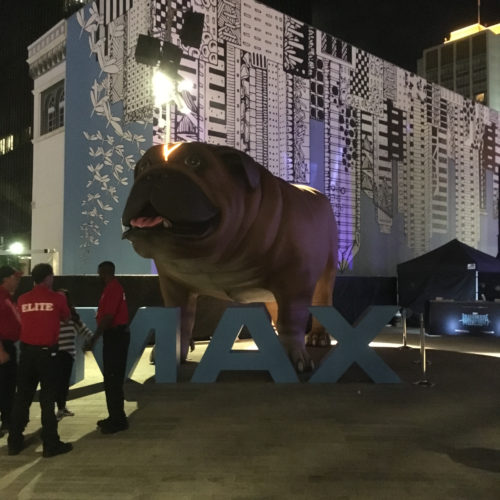