For five days, we gather and form a community. With over 130,000 attendees, it’s almost like a small city comes in and takes over a portion of the actual city. People meet here. People fall in love here. And now… people can get married here. If you’re considering a venue similar to Comic-Con to get married. Then, you may want to complete some basic background checks on your husband, or wife-to-be before tying the knot. After all, you would want to get married and find out your partner has been locked up for 10 years for breaking the law. You can do a people search on sites like Truth Finder for more information. Then, if all the checks have turned out the way you want, and they’re the exact person you thought they were, why not tie the knot at the new Comic-Con chapel! 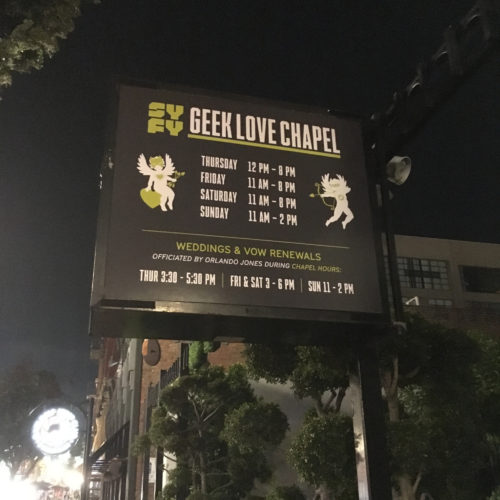 In one of those “how did it take so long for someone to figure this out?” moments, SYFY has set up a wedding chapel on the site of the former Dick’s Last Resort restaurant. The open patio has been transformed, and if you time your nuptials just right, you can be married by Mr. Nancy himself, Orlando Jones. The hours are limited, because let’s face it, if you’re going to get married, there ought to be some planning, even if it’s only committing to skip a Hall H panel. Anyone is welcome to get married at the chapel, it doesn’t matter if they met at ComicCon, on a Geek Dating Site or elsewhere! 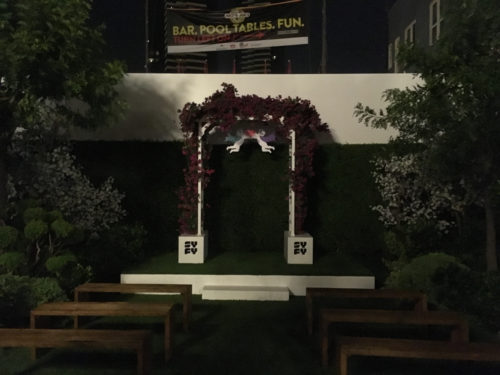 If this proves popular, maybe they’ll try it again next year. And we’ll see if any long-lasting romances sprung out of CUDDLI’s Geek Speed Dating event, coincidentally happening tonight at the #ThatHashtagShow party at Mission Brewery, 1441 L Street. It’s co-sponsored by Eisner-nominated retailer The Comic Bug, so you might also have a chance to congratulate Bug co-owner (and Guns A-Blazin’ co-creator) Mike Wellman. Though Illusive Comics & Games is also nominated, so my loyalties have to be there. 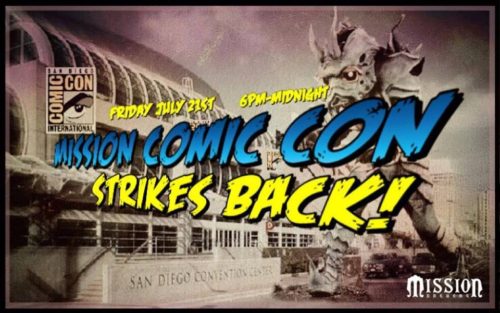