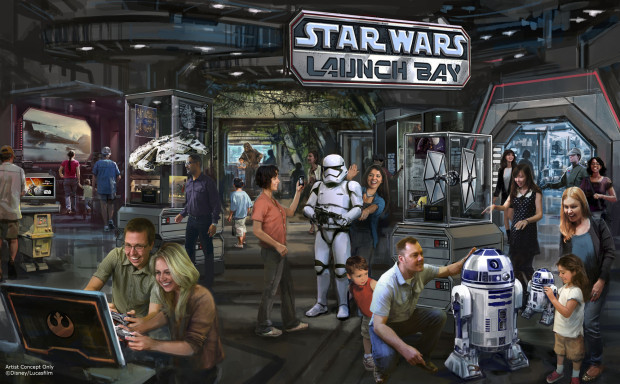 At D23, Bob Iger dropped a long-rumored bombshell at the Upcoming Movies panel. Not only did we have Star Wars: The Force Awakens to look forward to on December 18, but both Anaheim and Orlando Disney Resorts would be building a Star Wars Land.

“I am thrilled to announce the next chapter in the long and exciting history between Disney Parks and Star Wars,” said Iger at the panel.  “We are creating a jaw-dropping new world that represents our largest single themed land expansion ever.  These new lands at Disneyland and Walt Disney World will transport guests to a whole new Star Wars planet, including an epic Star Wars adventure that puts you in the middle of a climactic battle between the First Order and the Resistance.”

What he didn’t announce there was an opening date, and no, nobody knows that yet. But the Disney Parks official blog today did confirm some other items that Iger hinted at that should tide us over in the near future.

Starting November 16 in Tomorrowland, Disneyland will celebrate Season of the Force, which will include opportunities for meet and greets, plenty of Star Wars related activities, and what sounds like an incredibly cool ride overlay and addition. (The blog did NOT say when something similar would open in Orlando, only that it will be announced soon.)

Seasons of the Force will include:

Jedi Training: Trials of the Temple

This popular attraction will feature a new scene inspired by the upcoming film, Star Wars: The Force Awakens.

Choose your side during Season of the Force, beginning November 16 at Disneyland park in California. And keep an eye on the Disney Parks Blog for dates and details on these new Star Wars experiences coming to Disney’s Hollywood Studios in Florida. 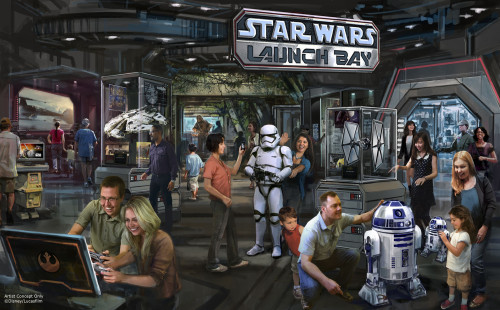 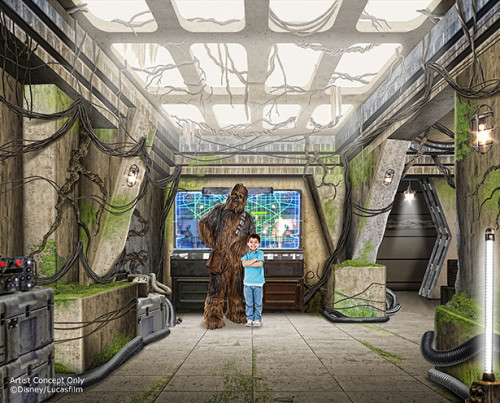 You can meet Chewbacca 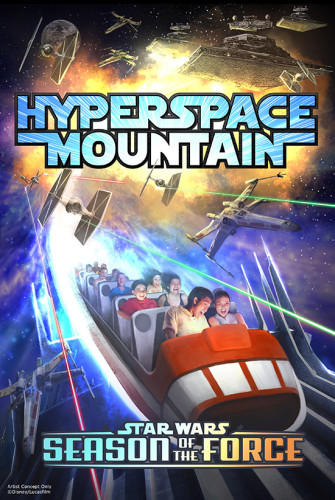 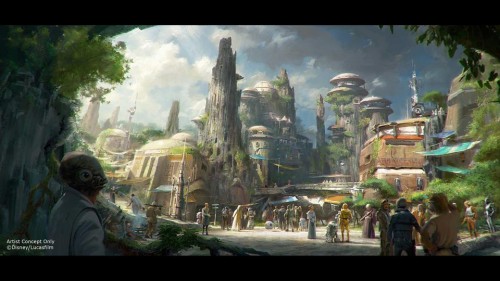 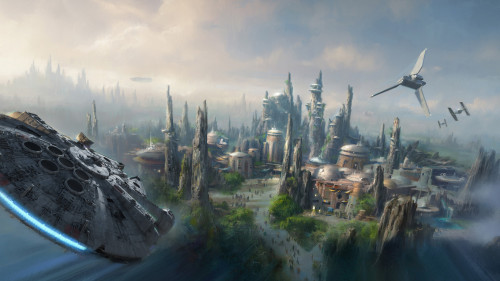 Concept art for Star Wars Land — it’s not likely they will fly us in from above, but wouldn’t that be cool?


Amidst all that coolness, a little rain had to fall. I won’t call it a dark side, because it’s just temporary — at least for most of those attractions affected. In order to actually build Star Wars Land, they have to close a section of the park. At the end of park operating hours on January 10, 2016, the following will stop operations for an unspecified amount of time:

The blog indicates these will all reopen eventually.

That means that if you’re planning to attend Season of the Force, you may want to make reservations for Big Thunder Ranch Barbecue as well. I recently went to the park and didn’t know that reservations were helpful to have — yeah, what a nerfherder — and with the announcement of its closing, it’s a safe bet that the demand for that eatery will be very high through the holidays.

Luckily, Big Thunder Railroad will not be closing — the recent overhaul of that attraction last year has really made it something worth riding.