During Game 4 of NBA Finals (all you need is Dubs), Marvel unveiled the first trailer for Black Panther, starring Chadwick Boseman, Michael B. Jordan, Lupita Nyong’o, Danai Gurira, Forest Whitaker, Andy Serkis, and Martin Freeman. On its own, it looks cool, establishing how technologically advanced the nation of Wakanda is, giving us a glimpse into the culture, establishing T’Challa’s struggle between being King and hero, and of course, making Black Panther look incredibly bad-ass.

In context of the larger Marvel Cinematic Universe, the conversation between Serkis’ Ulysses Klaw (one-armed after his run-in with Ultron) and Freeman’s Everett K. Ross sounds like a step back from Wakanda’s introduction in Captain America: Civil War. It looks like writer/director Ryan Coogler’s vision will be so singular, though, that we should forget all about how this fits in with the other movies, and just let it wash over us.

Did I say singular? Let’s also note how vibrant and Kirby-like this production looks. Coogler has the vision, but Jack Kirby had the dream. 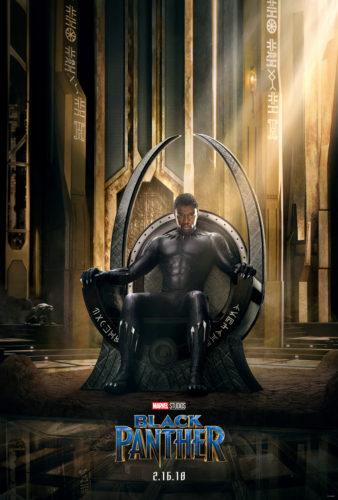