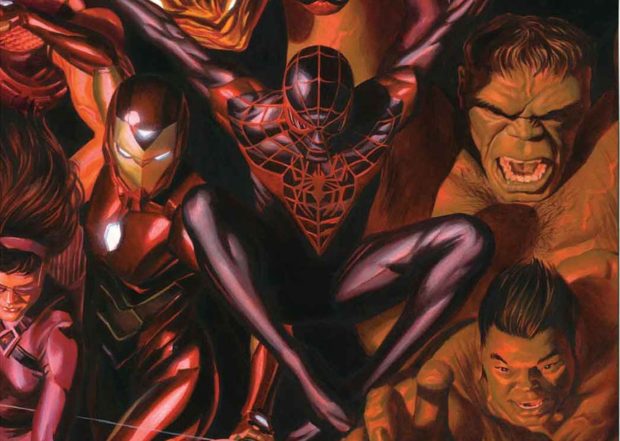 Where parallel lines intersect — does this mean two sets of realities, such as the warring Cosmic Cubes of Secret Empire, or the two generations of heroes that Marvel finds itself with? We’ll find out soon enough, but we do know that Generations, the next big crossover that restores the original generation of Marvel heroes to their roles without asking the younger ones to step aside, happens shortly after Secret Empire #10. Maybe it really means that this is where two huge crossovers interconnect, and they’re hoping we’ll be hooked again. 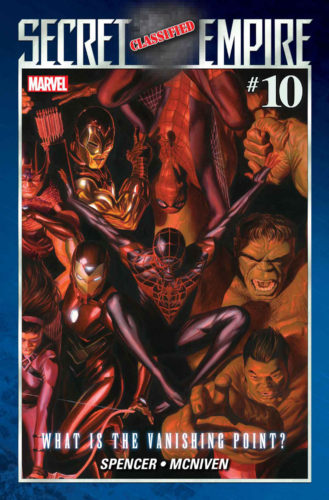