If you combined Toy Story, The Velveteen Rabbit, and 1917, you might come close to The Stuff of Legend. A brilliant but dark story about World War II-era British toys battling to save their owner’s soul from the Boogey Man in the world beyond the closet, it has some familiar beats but it’s like nothing else out there. By the way, once upon a time, Disney bought the film rights, though that was in a time before Disney+ and Fox, and the awkward identity crisis they’re having. 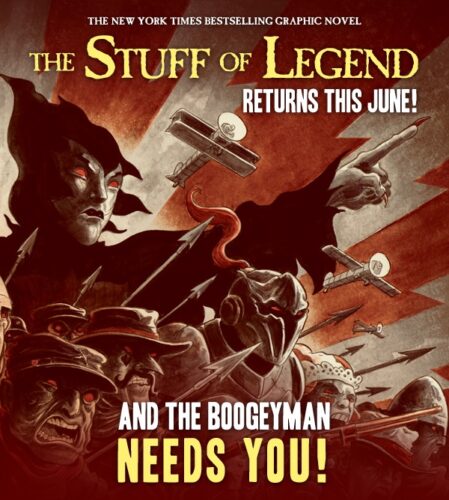 But there’s always the comics. Charles Paul Wilson’s emotive art brings these toys humanity and connection through a chiaroscuro lens. Writers Mike Raicht and Brian Smith lay out a compelling story with vibrant characters as noble as any superhero — and as dark as any supervillain. It’s a great series, and it’s been too long since volume 4 (though they do each volume as individual comics, I discovered it in paperbacks, and have stuck to that as my preferred format — I had to devour it in huge chunks.) Today came the good news that Volume 5 will be available in June.

Like toys in the back of the closet, I sometimes overlook this one when recommending to people, just because its not complete… yet. The team promises they’re at work on Volume 6. Jump on now, catch up, and discover one of the best New York Times bestsellers you may have never heard of.

The Boogeyman has resurrected his massive army and is preparing for a final battle for the boy’s soul. The question is, who of the boy’s toys could possibly be strong enough to stand up to him? Scattered across the dark, healing from past battles, uncertain of where to turn, the boy’s loyal toys look to have little hope. Could these lost toys be defeated before the inevitable war has even truly begun? Loyalties are questioned, soldiers are lost, and dark secrets revealed. 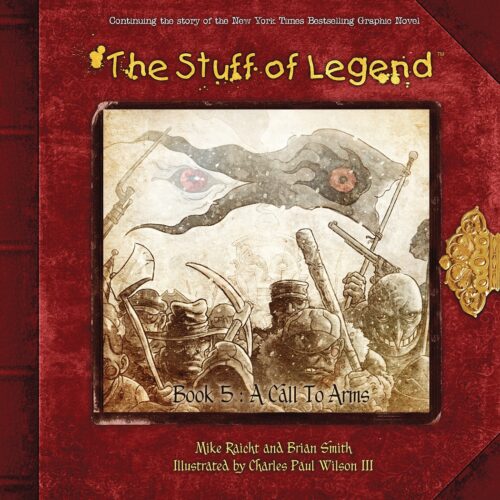 Order it through your local comics shop, or if you don’t have one, you can use the Amazon link here. (Though publisher Th3rd World Studios will not release it to Amazon until two weeks after comics shops get it, which is very cool.)
Just discovered it’s been almost 7 years since the last installment — I’ll be rereading them shortly, and you can catch up in gorgeous omnibus editions.
Fanboy Planet is an affiliate with Amazon, so if you purchase any books, movies, toys, etc. through an Amazon link on this page or site, we may receive an affiliate percentage.