Is there any other series in television history both so short-lived and so obsessed over as The Prisoner? Unlike many other cult favorites, Patrick McGoohan’s sci-fi sequel of sorts to Secret Agent Man has defied almost all efforts to continue it or recreate it. (The less said about the remake that AMC tried a few years ago, the better.) Not only is the series a great puzzle in itself, it spawned a legendary “lost” project — Marvel Comics briefly held the rights and considered publishing a comic to be co-created by Jack Kirby, and then decided against it.

But Kirby got a lot further in the pages than thought, with several having been seen online and in tributes over the years. Finally, Titan Comics has gathered them all together, and will release an Artist’s Edition of Kirby’s version of The Prisoner in July — timed to coincide with the 50th anniversary of its first broadcast in the U.S., a night when thousands of minds were blown without the aid of any outside substances… just pure McGoohan. 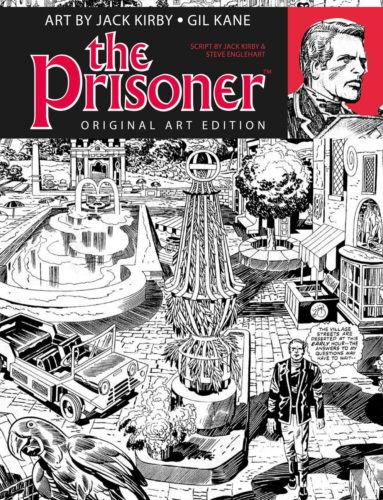 The Prisoner: Jack Kirby and Gil Kane Art Edition features a look at 35 pages of a series that should have been — 17 by Kirby (some inked by Mike Royer and 18 by Kane, both written by Steve Englehart, and including his original script. For fans of either artist and/or the television series, this is a must-have.

But that’s not all — Titan will also be launching a new ongoing series, written by Peter Milligan (Shade, the Changing Man, Kid Lobotomy), a writer strangely suited for it, and artist Colin Lorimer. (There was a mini-series from DC decades ago, by Dean Motter and Mark Askwith, and it might be worth looking for — but really, what you should do is rewatch the original series a couple of times before the new book comes out.)

Titan Comics are thrilled to announce two new projects based on The Prisoner, licensed by ITV Studios Global Entertainment, to coincide with the 50th anniversary of the surreal 1960’s cult TV classic in 2018: an oversized artist edition of a lost comic book classic by comic book legends Jack Kirby and Gil Kane; as well as a brand-new comic series set in the world of The Prisoner by celebrated writer Peter Milligan (X-Statix, The Mummy) and artist Colin Lorimer (The Hunt, Harvest).

First shown on Canadian and UK TV screens in 1967, The Prisoner was co-created, written, directed and starred Patrick McGoohan (Scanners, Braveheart). Titan’s new unmissable comic collections and comic series are set to coincide with the 50th Anniversary of the first US transmission in 1968.

In July, Titan Comics will publish an art-sized, hardcover collection of Jack Kirby, Gil Kane and Steve Englehart’s long-lost, previously unpublished The Prisoner comic strips based on the cult classic.

This special oversized collectors edition will contain the entire 17 page Jack Kirby strip, the first six pages of which were inked and lettered by Mike Royer, as well as 18 pages of pencils drawn by legendary comic artist Gil Kane.

In addition to reprinting these rare pages, this collection also features unmissable bonus archive material including facsimiles of the original script as written by Steve Englehart.

The Prisoner: Jack Kirby And Gil Kane Art Edition (ISBN: 97817858662878) is just one part of Titan Comics’ exciting plans for The Prisoner’s 50th Anniversary year –alongside a brand-new comic series based on the cult favorite TV series, written by Peter Milligan with art by Colin Lorimer. 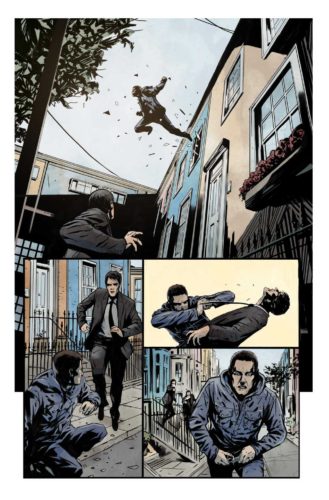 Titan Comics’ new series transports readers back to the mysterious village where everyone is a number, and features six amazing covers, including Mike and Laura Allred, Jack Kirby, a Patrick McGoohan photo cover and more to be revealed.

Titan Comics’ all-new The Prisoner comics and The Prisoner: Jack Kirby and Gil Kane Art Edition will be available to order from the upcoming February 2018 Diamond Previews catalogue. Fans can find their local comic book store via www.comicshoplocator.com.