After a brief introduction two weeks ago, popular voiceover artist Vanessa Marshall brings Mary Jane Watson to animated life in the character’s first full episode of “The Spectacular Spider-Man” this Saturday, April 26. Entitled “Catalysts,” the episode premieres at 10:00 a.m. ET/PT on Kids’ WB! on The CW. A veteran voiceover artist with credits ranging from animated films and television to video games and commercials, Marshall has embraced the role of Mary Jane, bringing forth all of the character’s autonomous, free spirit.

“I always make sure my choices for Mary Jane are that of an independent thinker, that she’s not concerned with what the people around her think, which is an uncommon trait in teenage girls,” Marshall says. “There’s a distinct confidence about her that I try to emulate.” 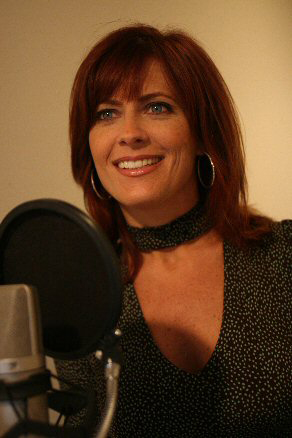 Marshall earned a Masters Degree in Acting from NYU, however she has spent the majority of her career in the recording booth. While she admits her initial goal was to act on camera, voiceover work has allowed Marshall to have success in the entertainment business without having to endure the endless scrutiny of maintaining the “Hollywood look.”

“A lot of the rejection in on-camera work comes because of how you look,” explains Marshall, a radiant redhead much like her animated character. “Voiceovers open up a great deal of creative freedom. I’ve played an African-American boy for 36 episodes of ‘Grim & Evil” – so I’m able to cross virtually all racial and gender lines, explore all kinds of new roles, and you just can’t do that on camera. I have a passion for acting – and in voiceovers, I get to bring it all to the microphone.” 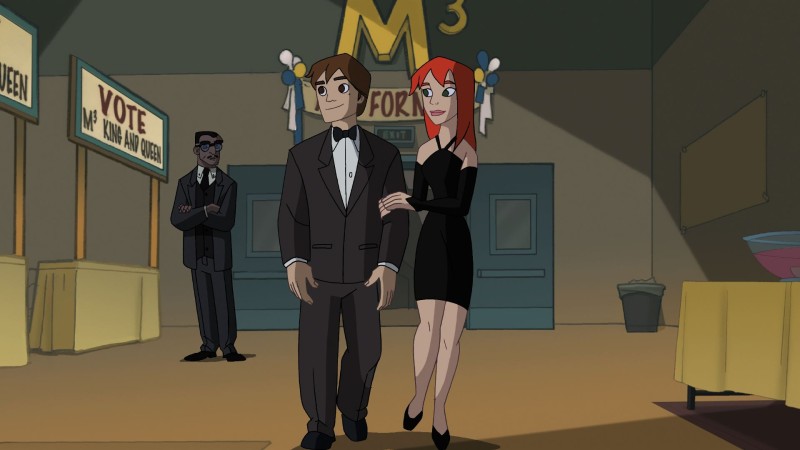 Marshall has crafted an extremely diverse resume, ranging from on-camera and voiceover acting to stand-up comedy, the creation of her own one-woman show, and her current focus on penning a novel. Still, Marshall admits that the fanboy deeply embedded in her psyche leapt for joy when landing the role of Mary Jane. “I was in the middle of doing a Honda commercial, and my knees went out from under me,” Marshall says. “I rarely get to play a woman or a girl – it’s always boys. So when my agent Cathey (Lizzio) called, she just said, ‘Hello, is this Mary Jane?’ Well, my knees fell out and I hyperventilated. The commercial producers were very concerned. I don’t think they understood how momentous that was. It’s an absolute honor.”

Interestingly, “Spider-Man” performances run in the family. Marshall has stepped into the role of Mary Jane Watson, and 20-something years ago, Marshall’s mother, actress Joan Van Ark, voiced Spider Woman on the 1980s animated Spidey series. But it was Spidey’s original material that initially caught Marshall’s eye. 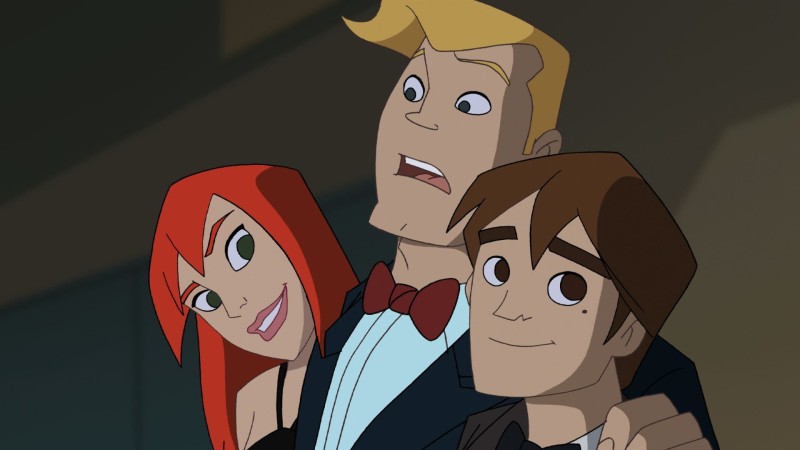 An admitted comic book lover, Marshall is well-educated on the history of the character and enjoys keeping that knowledge in mind while giving voice to Mary Jane during her early, formative days. “Mary Jane’s character is incredibly complex,” Marshall says. “Her strength plays a major part in Peter’s growth and maturation – she really keeps him on the straight and narrow. Even though our characters are still only in high school during this cartoon, and you’re not going to get a lot of that character development at this point of the series, I know it’s going to be there in the future and so that has an effect on how I play her now.”