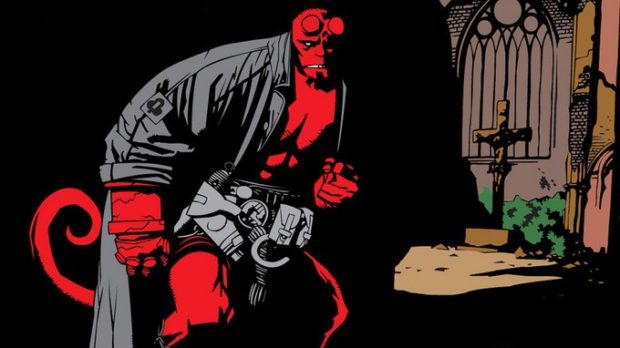 There is anguish in fandom tonight. Hellboy creator Mike Mignola made a big announcement on Facebook, and fans weren’t happy:

Okay, here’s some news–
There IS going to be another HELLBOY MOVIE.
It’s going to be an R rated reboot directed by Neil Marshall (The Descent, Game Of Thrones) and starring David Harbour (Stranger Things) as Hellboy.
More news to come soon–

You may have heard the wailing and gnashing of teeth, and it will not lessen. The Hollywood Reporter confirmed it, though in a “still in talks” kind of way. Why is there this great lamentation? Because what Mignola said by not saying is that neither writer/director/producer Guillermo Del Toro and living incarnation of Hellboy Ron Perlman will be involved.

Instead, Dark Horse Entertainment is in talks with Millennium to film a script currently titled Hellboy: Rise of the Blood Queen. Written by Eureka creator Andrew Cosby, frequent Mignola collaborator Christopher Golden, and Mignola himself, the script will not be connected to the previous two films. 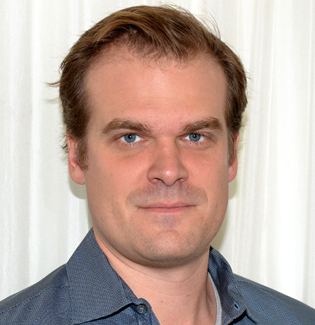 And despite fans’ wishes, that’s not necessarily a bad thing. If casting goes through and David Harbour takes the role, it’s not hard to see him projecting a monstrous affability. From Dark Horse’s perspective, even though Guillermo Del Toro is a genius auteur, his Hellboy movies went to two different studios (Sony and Universal) and only recouped money once out of theaters. They’re long players, but the game has changed to quick satisfaction. That’s the business side.

The artistic side? There’s an entire screening room in Morpheus’ library dedicated to movies Guillermo Del Toro has NOT made. We may never know the truth, but it’s plausible that the reason his trilogy wasn’t finished is because he may never have finished it. It’s hard to let go of the cherished dream — and I don’t say that sarcastically — but Hellboy is a good character who could succeed mightily in this era of R-rated comic book movies, so Mike Richardson from Dark Horse may have felt he had to strike now.

It’s just hard to shake some of that perfect casting: Perlman, the late Sir John Hurt as Professor Broom, and Doug Jones as Abe Sapien. And yet in the end, it’s Mignola’s story to tell, and at last, it’s back with him.