It’s been a long hard road to justice for Judge Dredd. After many rumors hoping for a sequel to 2012’s Dredd, 2000 A.D. license owner Rebellion has struck a new deal: for an ongoing television series — Judge Dredd: Mega-City One. Announced this morning via their YouTube channel, the series is admittedly a ways off, though key people are in place. They have a development deal; they have an executive producer who has a good relationship with Syfy. But they don’t have a cast… yet.

From their announcement, it sounds like the approach would allow for episodes in which Judge Dredd plays a minor role, or doesn’t appear at all. Let’s be honest: that means that the best man for the job remains the man who played Joe Dredd in Dredd. Karl Urban has to return to the role. Like Robert Downey, Jr. as Tony Stark, Christopher Reeve as Superman, and Chris Evans as Captain America, Urban was Dredd. 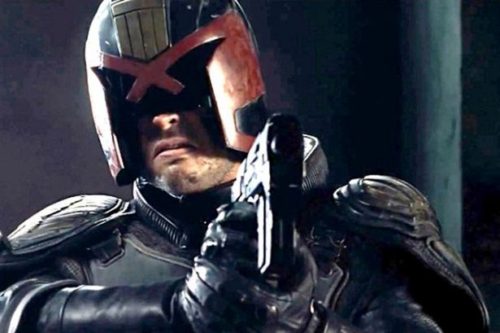 Make it happen, people! And in the meantime, we’ll get our freeview box – Humax Direct ready to record it all! I’m so excited!

The series is now in development, thanks to a deal struck between leading independent entertainment studio IM Global and independent UK games developer and publisher Rebellion.

The deal will see development begin on a high-end TV series based on the globally-famous character from the pages of legendary British comic book 2000 AD, which celebrates its 40th anniversary this year.

Judge Dredd: Mega-City One is set in a future where east coast America has become a crowded and crime-ridden megalopolis. It will be an ensemble drama about a team of Judges – futuristic cops invested with the power to be judge, jury, and executioner – as they deal with the challenges the future-shocked 22nd Century throws at them. 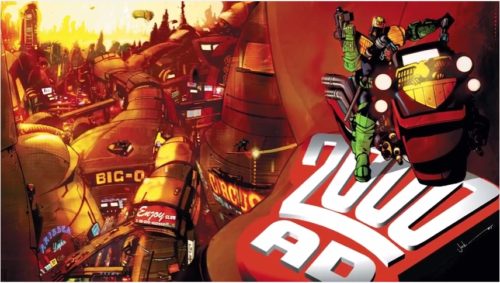 Attached as Executive Producers are President of IM Global Television, Mark Stern, who developed critically-acclaimed series Battlestar Galactica, Helix, and Defiance at Syfy, IM Global Television CEO Stuart Ford, and the owners of Rebellion, Jason and Chris Kingsley, who along with Ford, were also executive producers on the 2012 DREDD feature film adaptation from DNA Films, Reliance Entertainment and IM Global.