Today Warner Brothers has confirmed the voice cast for the upcoming animated adaptation of Batman: The Killing Joke. To celebrate, Mark Hamill (The Joker) tweeted this still from the production, with the classic quote:

“All it takes is one bad day to reduce the sanest man to lunacy… Just one bad day.” 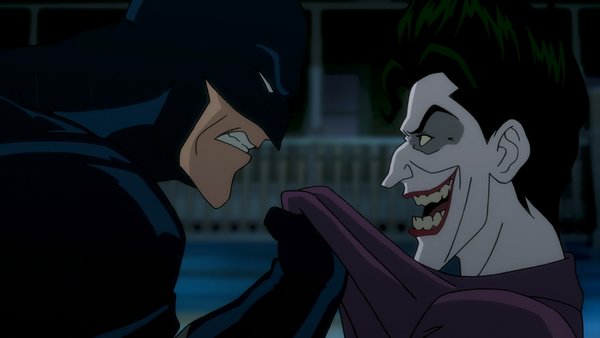 Hamill joins his old “nemesis” Kevin Conroy as Batman in this R-Rated adaptation. The two first faced off (as voices) in Batman: The Animated Series and have performed the roles in a variety of different media in the 25 or so years since, including the Batman: Arkham series of games.

In addition to Hamill and Conroy, the film will feature Tara Strong as Barbara Gordon, and the sublime Ray Wise as Commissioner Jim Gordon. Based on a graphic novel by Alan Moore and Brian Bolland, the adaptation absolutely should be rated R, as the source material is intense (and, oddly enough, already once partially adapted into an episode of South Park).