As one of the stars of the ABC hit series “Ugly Betty,” Ana Ortiz has enchanted the primetime audience playing Hilda Suarez, big sister to the title character. Today, Ortiz offers fans a 180-degree acting pivot from her most noteworthy role by voicing gritty detective Anna Ramirez in the DC Universe original animated film “Batman Gotham Knight.” The film is available today, July 8, on DVD, Blu-Ray and OnDemand. Ortiz initially auditioned for the same part in “The Dark Knight,” but lost out to Monique Curnen. Her disappointment didn’t last long as casting/dialogue director Andrea Romano took one look at the animated Ramirez and – without prior knowledge of her live-action audition – immediately sought to cast Ortiz in the voice role. 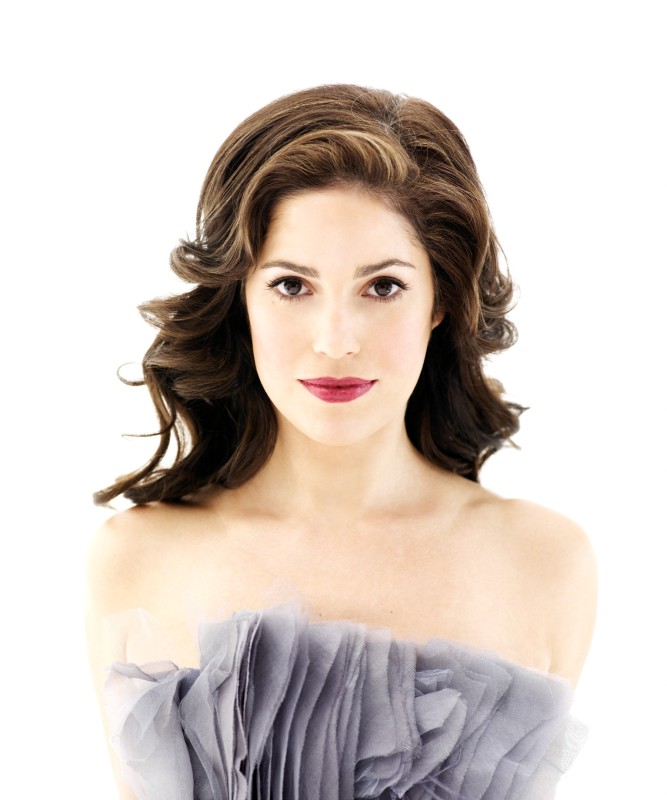 “An agent submitted Ana many years ago, before ‘Ugly Betty’ hit the air,” Romano explained. “I’ve been looking for something to work with her on, and this project was so unusual that it just seemed right. I was clearly looking at the character, and how she interacts with other characters – and when I actually saw the physical character, she was first actress to come to mind.”

Ortiz has had recurring and/or regular primetime roles in “Boston Legal,” “Over There” and “Kristin,” as well as making guest appearances on hit series from “NYPD Blue” and “ER” to “The New Adventures of Old Christine” and “Everybody Loves Raymond.” However, “Batman Gotham Knight” was her first starring role in an animated voiceover. She has since recorded as a tiger for an animated Noah’s Ark film.

“Ugly Betty” production moved to New York last week, and with it went Ortiz – back to her hometown. Before making her first visit to the new set in the real-life Gotham, Ortiz took a few moments to discuss her time in the animated Gotham – as detective Anna Ramirez in ‘Batman Gotham Knight.”

Gary Miereanu: What were your impressions of your “Batman Gotham Knight” segments?

Ana Ortiz: I loved them – and I wanted more! This was one of my first real voiceovers and, to do it for Batman, that was quite an honor. My husband and all of his cartoony friends were really into it – they all watched my copy of the movie and dug it. I have to admit that it’s fun being in something that my guy friends could get into. So now I’ve got my macho cred, too. 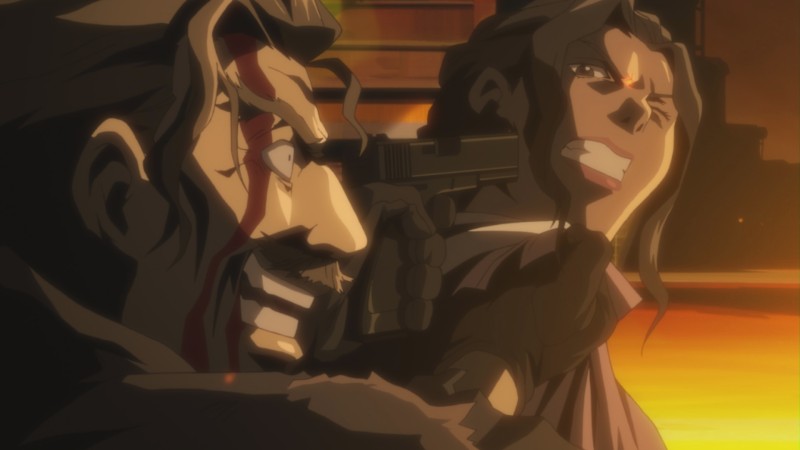 Gary Miereanu: What did you think of the physical appearance of your character?

Ana Ortiz: I was thrilled – I’ve always wanted curly long locks, so that was so cool. And she’s super cute. I loved she wasn’t too stuffy – sometimes with lady cops, they try to be too much like guys. She was foxy, she had jeans and a cute little blazer. It was fun to see her when we were doing the voices, but it’s really cool to see the film in its final form.

Gary Miereanu: What were your initial impressions of the script and your role in the story?

Ana Ortiz: It was cool for me because my character is a peacemaker. Usually the roles I get are the in-your-face instigator or fighter, but the nuance with her is as a peacemaker — getting her partner to calm down and understand that Batman just might not be a vigilante. It was fun to play that angle, because usually I’m playing the one screaming and fighting. As a person, I would say I’m sort of a peacemaker, but I think I’ve evolved into that role. When I was younger, I was more of a fighter. L.A. has helped me find that side of myself.

Gary Miereanu: The core theme of your segments, especially the more involved “Crossfire” chapter, deal with trust. Do you trust easily?

Ana Ortiz: I think I trust fairly easily – which is odd for a New Yorker. But I think I do trust because I’ve had pretty good experiences. I think I’m also a good judge of character, so that’s a good combination – it’s worked out well for me so far.

Gary Miereanu: As this was your first full-blown animation experience, was there any nervousness on your part entering the recording booth?

Ana Ortiz: I just wanted to do a good job, and Andrea (Romano) had given me such a great vote of confidence. Batman is such an icon and, for me, it was an honor to even be doing it. You want to be great, you want to bring justice to the characters, and bring these characters to life. It’s a whole different style of acting and the artwork is so impressive that I guess it was a little nerve-racking to try and do that, but it was also fun.

I was definitely nervous going it alone at first, but when Gary (Dourdan) came in and we started to do some scenes together, that’s when it really, really came alive. It felt like we had a cool thing going in the studio and, watching the film now, I remember certain moments when our energy together was really working well. He walked in and that really turned the switch for me. The relationship those two characters have on screen – we were able to do that in real-time in the booth.

Andrea’s direction was important for me, because I’m kind of new at voiceovers for animation. There’s so many specifics that you do in the booth that I wasn’t hip to. For starters, acting alone is difficult, so I was learning those tricks. But then Gary came in and when you act with a partner, that raises the bar. He pushed me to meet his energy. So I really enjoyed the support of Andrea and Gary. 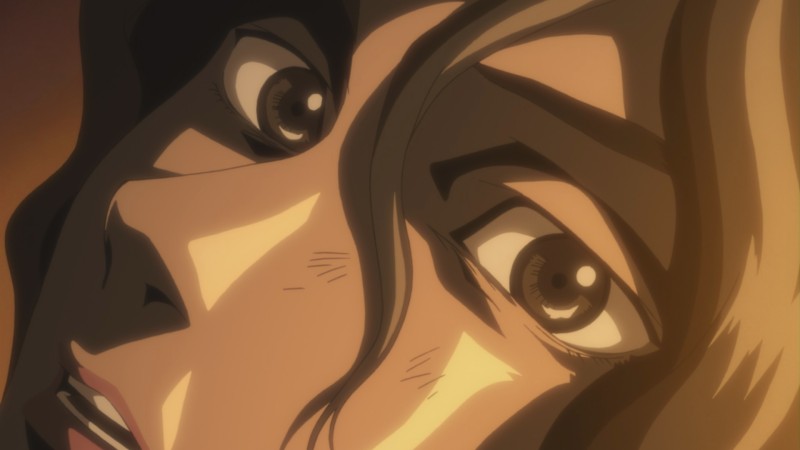 Ana Ortiz: Stage acting has helped me in every aspect of my life, not just acting. I think it gives you a confidence and helps to always keep you on your toes. My best friend is a member of an improv comedy theatre, and it’s like she always says: ‘Anything can happen at any moment.’ In theatre, you have to always be prepared. There’s nobody there to save you. You have to figure it out for yourself. It’s a good skill for life and, definitely for any other work that I’ve done, it’s been my saving grace.

Gary Miereanu: Would you like to do more voiceover work for animation?

Ana Ortiz: I want to do as much as I possibly can. I love it, love it, love it. Voiceover is so good – you can do crazy voices and all kinds of characters. Being Latino, it’s hard to get cast for anything that isn’t specific. People expect me to be that larger than life character they’ve already seen, and it’s so specific that it’s hard to get other parts. In voiceover, they don’t judge you on your looks or your past roles — I can be a 90-year-old man or a tiger or whatever. It’s very freeing. So I want to do as much voiceover as I can. 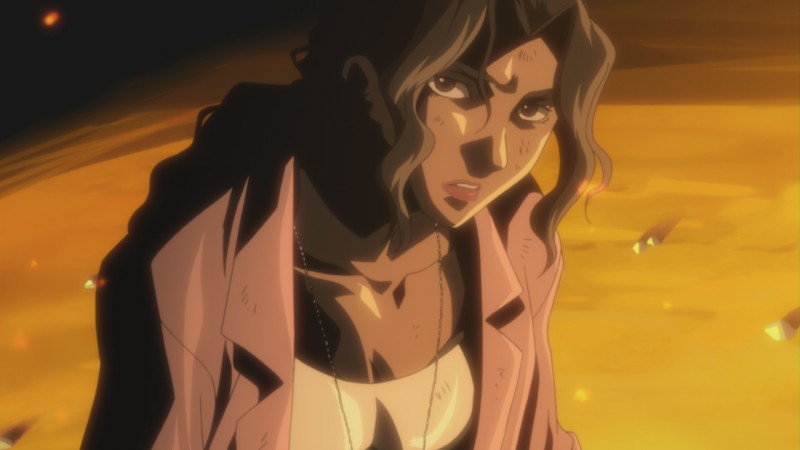 Gary Miereanu: Are you a fan of the comic book or super hero genre?

Ana Ortiz: I’ve always been a comic book fan, but I’m a girl – so I liked Archie and Betty and Veronica, and Mad and Cracked. I liked super heroes, but I was more for live action, like Lynda Carter as Wonder Woman. Of the Saturday morning cartoons, I liked Super Friends and Animalympics. Otherwise, I wasn’t a huge cartoon girl.

Gary Miereanu: Are you a Batman fan?

Ana Ortiz: I guess being in New York, you always have a certain affinity for anyone who lives in Gotham. But I was raised as a Superman girl, because my dad is a Superman freak. I mean, he didn’t name his kid Kal-El or anything like that, but he is obsessed with Superman and he loves Smallville.

Ultimately, we had to get him a TIVO. But I couldn’t even believe it was a quandary.