To be a fan of Guillermo del Toro’s work is to know that you are going to get pulled down the rabbit hole — one of eclectic influences, dark fantasy and horror, strange beauty, and a sense of how deliciously scary the world can be. So perhaps it’s only appropriate that pre-production sketches from Pan’s Labyrinth make a direct comparison between that film’s protagonist Ofelia and Lewis Carroll’s Alice as she wanders through Wonderland. 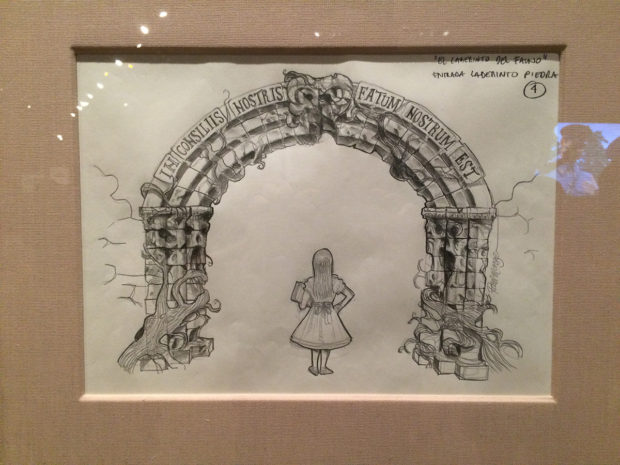 After del Toro’s wife expressed concern that his personal collection of artifacts and memorabilia was going to overwhelm their home, he created a separate space to give the fuel of his imagination a home — somewhere in the suburbs of Los Angeles, del Toro and those working with him on projects disappear into a place he calls “Bleak House.”

Influenced by the fabled Ackermansion of the late Forrest J. Ackerman, del Toro has curated his collections so that whatever type of project he’s working on can be researched, and his team can be immersed. To an outsider, it must look like mountains of madness — ironic, as his dream project of adapting H.P. Lovecraft’s iconic work has not yet come to fruition. But to fans, it’s an unattainable fever dream. Until now, sort of, as del Toro and three North American museums have teamed to create an exhibition that gives the public a taste of Bleak House, with a peek into an artist’s mindscape. 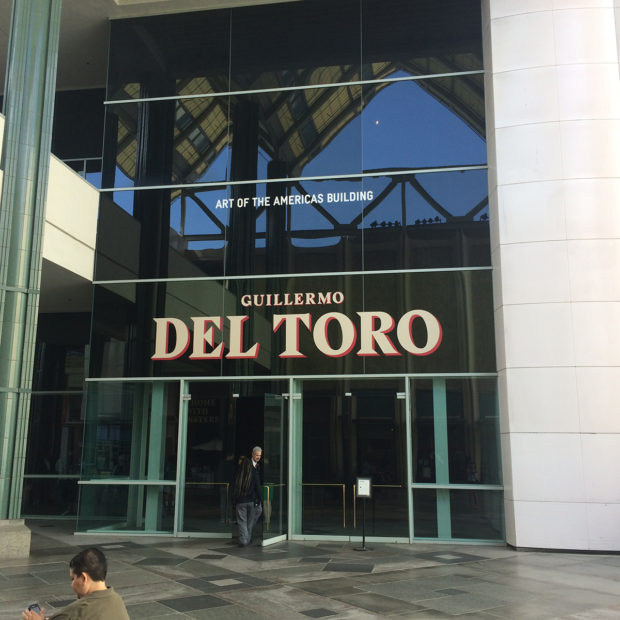 “At Home with Monsters” opened at the Los Angeles County Museum of Art on August 1, and will be running through November 27, 2016, before moving on to the Minneapolis Institute of Art and the Art Gallery of Ontario.

Visitors are greeted by the Angel of Death from Hellboy II: The Golden Army, before stepping into a mixture of props, costumes, and production art from del Toro’s films, and then deep into his influences. (For just costumes from Crimson Peak, see this page.)

Those influences range from the expected — Lovecraft, horror comics, Ackerman’s Famous Monsters of Filmland — to some more intriguing corners that make perfect sense. Paintings by Disney artists Eyvind Earle, Mary Blair, and Marc Davis are on display alongside art by comics giants Bernie Wrightson, Richard Corben, and Frank Frazetta. Tributes to Lovecraft share space with Edgar Allen Poe, Harry Houdini and his peers, and of course, Mary Shelley and her most famous creation, Frankenstein’s monster.

Of course, there’s also a small section devoted to del Toro’s favorite author, Charles Dickens. It is from Dickens that the filmmaker took the idea of Bleak House, named after a Dickens novel. But as an influence, Dickens makes perfect sense, an author who mixed social commentary with comedy and grotesquerie, dabbling in the supernatural when it suited him.

del Toro also collaborated on a small recreation of his “Rain Room,” an addition to Bleak House a few years ago simulating the sense of being safe in a storm — occasional lightning flashes and rolls of low thunder accompany constant water pattering against windows. For some of us, that sounds soothing and inspirational. It should also not be confused with another current exhibition at LACMA, also called the Rain Room, a different kind of immersive experience.

Should you not be able to absorb it all, the three museums have put together a book that provides some critical perspective on the exhibit. But it is one of those things that really should be experienced directly, if possible. Perhaps it will inspire your own Bleak House — or maybe you already have a collection that you will now defend as necessary inspiration. That’s my story, and I’m sticking to it. After all, a true creative is both born and made — as Guillermo del Toro’s own childhood photo attests: 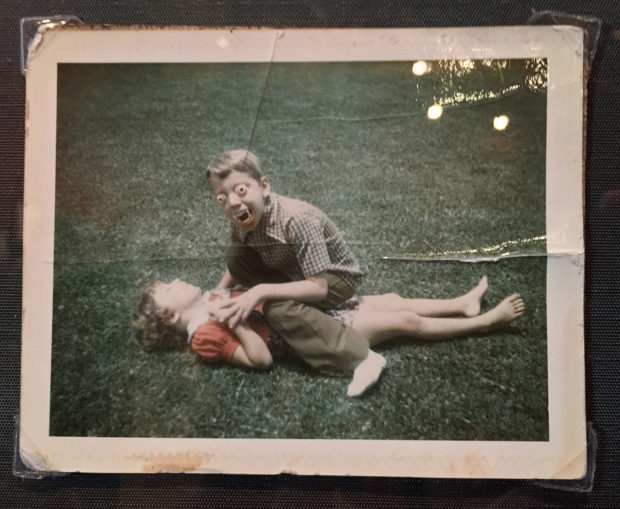 And here’s a bonus gallery — there’s too much to share at once!