Saddened that we won’t get any new Doctor Who until Christmas 2016? Well, that’s where you’re wrong — technically. While Steven Moffat’s last hurrah will not begin for another 10 months, we still have Big Finish audio dramas to fill the emptiness in our hearts. And honestly, though you don’t get the visuals, you do get the stirring of the imagination and now even adventures from the modern era of the show. For in May, Big Finish will release three audio dramas starring David Tennant and Catherine Tate as the 10th Doctor and Donna, following up on the first set of adventures of The War Doctor, starring Sir John Hurt.

In addition, Big Finish also already has The Diaries of River Song, teaming Alex Kingston with Paul McGann as the 8th Doctor, and Ian McNiece starring in The Churchill Years, a little side adventure of Winston Churchill and his Daleks. There’s also side adventures with UNIT and plenty going back through Doctors 1 through 7. (If these 10th Doctor adventures sell well, maybe in a couple of years Matt Smith can be lured in, though it’s doubtful we’d ever see Christopher Eccleston’s 9th Doctor happen — but then again, stranger things have happened.)

Big Finish just released the cover art for their 10th Doctor Adventures, and set up pre-order information for the May release. That’s shipping from the UK, so we also recommend checking DoctorWhoStore.com out of Chicago, which carries the Big Finish audio dramas in addition to Titan comics, novels, and Whovian bric-a-brac.

The 10th Doctor Adventures will be available separately or in one boxed set. Here are the episode descriptions: 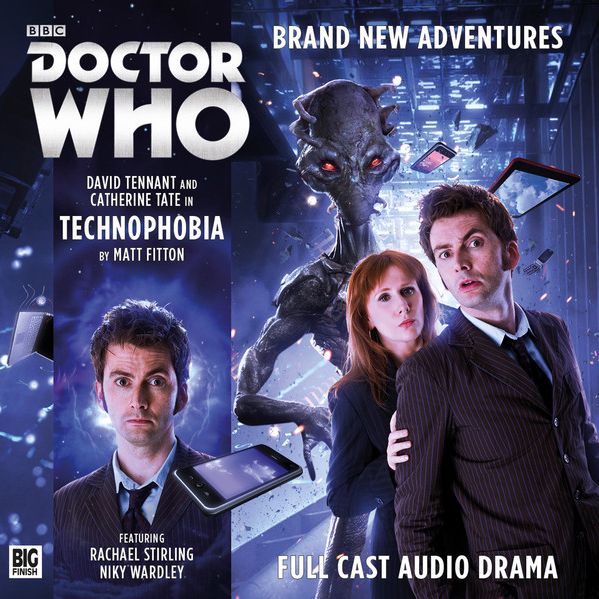 When the Doctor and Donna visit London’s Technology Museum for a glimpse into the future, things don’t go to plan.

The most brilliant IT brain in the country can’t use her computer. More worrying, the exhibits are attacking the visitors, while outside, people seem to be losing control of the technology that runs their lives.

Is it all down to simple human stupidity, or is something more sinister going on?

Beneath the streets, the Koggnossenti are waiting. For all of London to fall prey to technophobia… 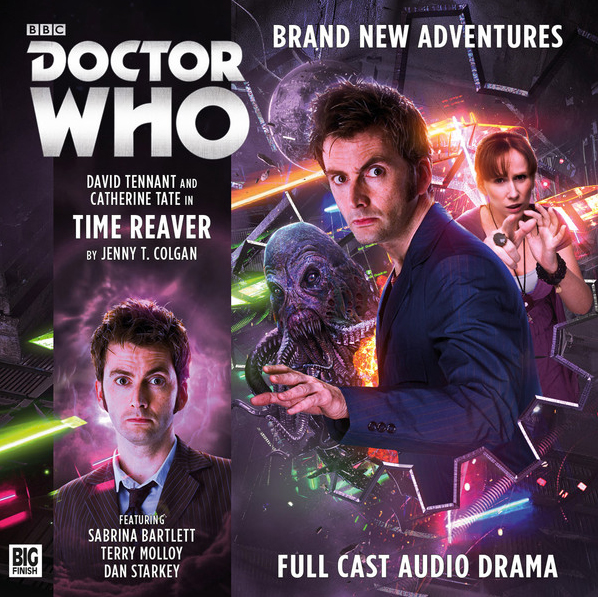 Calibris. The spaceport planet where anything goes. Where anyone who doesn’t want to be found can be lost, and where everything has its price. Where betentacled gangster Gully holds sway at the smugglers’ tavern, Vagabond’s Reach.

The alien Vacintians are trying to impose some order on the chaos. Soon the Doctor and Donna discover why. An illegal weapon is loose on the streets. A weapon that destroys lives… Slowly and agonisingly. 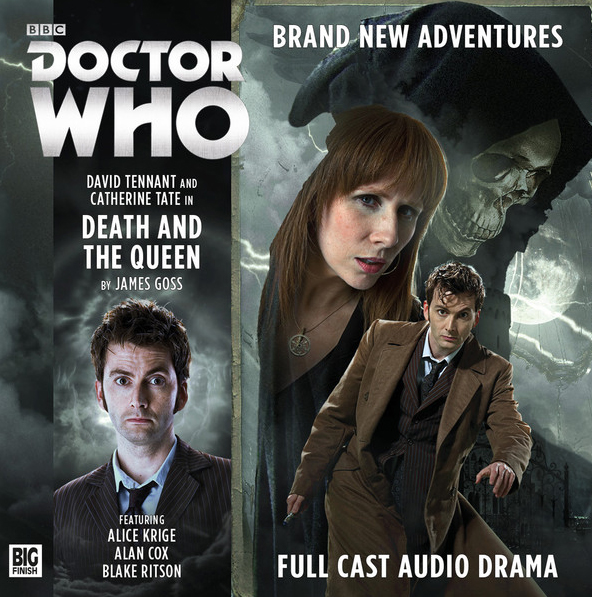 Donna Noble has never been lucky in love.

So when, one day, her Prince does come, she is thrilled to have the wedding of all weddings to look forward to. Though the Doctor isn’t holding his breath for an invitation. And her future mother-in-law is certainly not amused.

But on the big day itself, Donna finds her castle under siege from the darkest of forces, marching at the head of a skeleton army.

When it looks like even the Doctor can’t save the day, what will Queen Donna do to save her people from Death itself?