Though once frightening, the works of H.P. Lovecraft have become pop culture fodder. It’s pretty easy to find a plush toy version of Ctulhu that’s as adorable as it is unknowable. And so the mythos became parody, but retelling Lovecraft’s arcane tales as 21st century satire can work pretty well — the trick is to know you’re winking while you’re trying to creep out your audience. For the most part, writer/director Chad Ferrin does know that. What he needed for H.P. Lovecraft’s The Deep Ones was just a little more technical support.

The basic bones are sound. Turning Lovecraft’s New England fishing town of Innsmouth into a California gated beach community makes a statement. The dark Cult of Dagon may even be more frightening when they’re able to disguise themselves as snobby (almost) Santa Barbarans. As Alex, the happy but hapless newlywed hoping for honeymoon magic, Gina La Piana plays a smarter scream queen than you’d expect. And the cast and crew definitely have one heck of an Airbnb to play with as their main set, complete with opulent kitchen and decadent master bedroom. 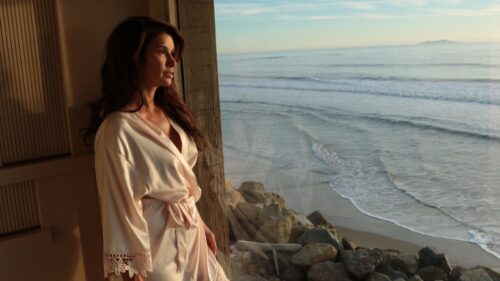 Credit as well that in the spirit of Stuart Gordon (who gets a dedication at the end), Ferrin goes with practical effects as much as possible. Maybe that was for budgetary reasons, but having tactile tentacles creeping out from… I’ll save the surprise… called to mind the jawdropped giggles of scenes from Re-Animator. No doubt the children of Dagon wandering in and out of scenes had a ridiculously good time with their fishy alterations.

But it doesn’t hang together so much as just stumble forward. There are moments that hit just right — in 2021 that unsettling feeling of being watched is of course entirely possible digitally. Producer Timothy Muskatell cross-dresses in a welcome underplaying of the villainous Dr. Emily Rayburn. It didn’t need to be a drag role, but it adds to the vibe that yes, everybody’s having fun making this, and you might have fun watching it. There’s even a too brief appearance from Kelli Maroney, the younger sister in Night of the Comet, so this movie has some serious horror comedy royalty. 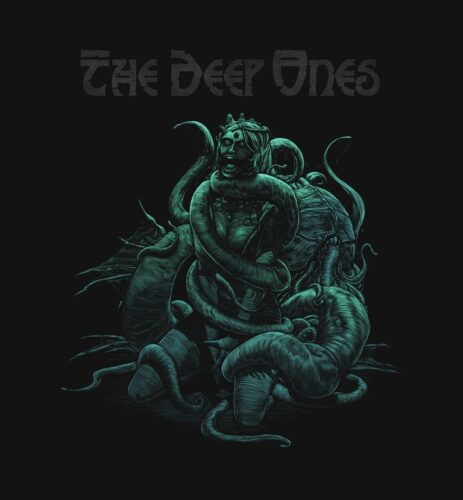 Some scenes work, and some just flop around like a fish. What Ferrin and his team can’t decide on is what tone they want to take. You’ve got to be clever in building up moments meant to be silly — it works when someone says she might be able to read a few words from a letter written in German and then what comes is a florid epistle right out of Lovecraft. But it’s a counterpoint to a really bizarre cult singalong scene that relies on that stirring ancient hymn, “Row, Row, Row Your Boat.”

Ultimately, it’s a good idea with a lot of promise, but The Deep Ones sticks to the shallows more than it should have.