Like most of America, I saw Captain America: Civil War this week.  I loved it.  This, however, is not an article about the differences between Civil War and Batman v Superman.  This article is not even about Captain America.  This article is about the Black Panther, the Falcon, War Machine, and the Whitewashing of Asians in Marvel movies.  For you see, I was born a poor middle class black child in the Seventies.  As a child, my mother made me a Falcon costume for Halloween. The next year, she made me a Black Panther costume.  Nobody knew who I was supposed to be, but it did not matter.  I knew that I was a super-hero and that these super-heroes looked like me.

This week, I was overcome with emotion as I watched the Black Panther, the Falcon, and War Machine on the big screen along with Captain America and Iron Man.  The general public would now know the Black Panther.  Maybe even one of my elementary school teachers would remember a chubby boy stuffed into a black leotard and think, “Oh, now I get it.”  The next day I went online and realized that this Halloween my two boys have their choice of purchasing an officially licensed Falcon, War Machine, or Black Panther costume.  It may be a “Sweet Christmas!” after the Netflix series comes out; they may have the option of purchasing a Luke Cage costume. 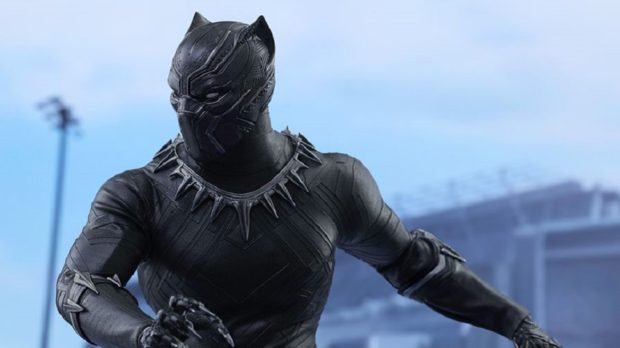 The self-esteem that these characters provided me as a child has now boosted to full-fledged pride as non-comic book people have sought me out to say, “The Falcon is cool!” “The Black Panther is a bad muther f’er!”  I hope I see a blonde-haired and blue-eyed little boy dressed as T’Challa this Halloween.  As I reflected upon this, however, my sense of exuberance turned to sadness.

I have a colleague. He is a comic fan. He is Asian.  Over the last couple of years, we have had more than a few conversations about the racial recasting of Asian characters from the comics to the movies.  It started with the Mandarin in Iron Man 3.  It was the 60’s…the Mandarin is a Dr. Fu Manchu analogue.  Casting an Asian into the role of the Mandarin in the 21st century would be like asking an African-American to play a Stepin Fetchit character in movie.  Overall, I think Marvel actually handled it well by dancing around the existence of an actual Mandarin.  Then came the casting of the Ancient One. 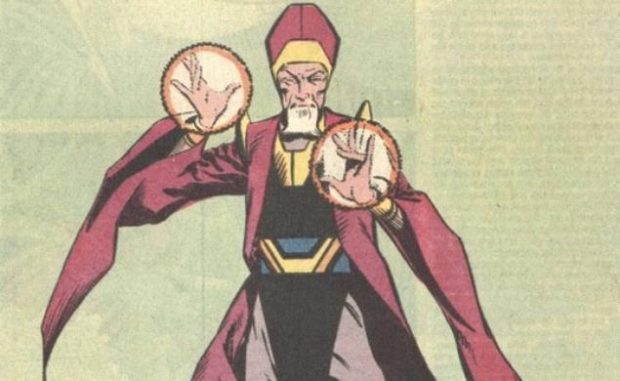 Again, it was the 60’s. Steve Ditko and Stan Lee created a mystical Asian character possessing ancient knowledge not known to the White Man. Honestly, considering that Marvel’s “Distinguished Competition” at the same time had a characters named “Pie-Face” and “Chop Chop” featured prominently in their books – Lee and Ditko should be lauded for creating an Asian character that was the Sorcerer Supreme. I am sure it was quite progressive —  at the time — but whatever gravitas the Ancient One brought to the Dr. Strange books was countermanded by the character of Wong who acted as Doctor Strange’s “Hop Sing.”

However. as time passed, one too many episodes of David Carradine’s Kung Fu had made the archetype of the White man appropriating ancient Asian mystical/martial arts knowledge from a secluded land and putting it to better use in the modern world  offensive.  I am talking about you, Danny Rand.  Tilda Swinton is a fine actress.  I am sure that she has done an incredible job.  None of that takes away from the fact that a rare significant and powerful Asian role is being played by a White Person. 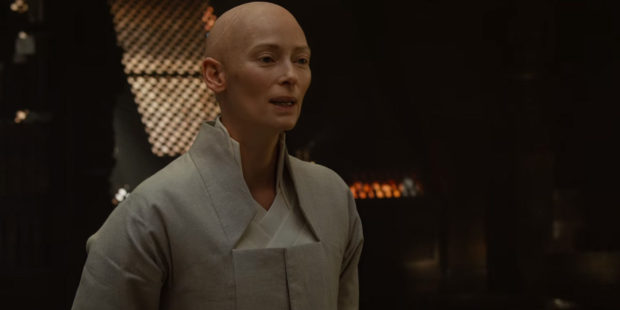 While acknowledging that Marvel is in a no-win scenario with the characters of the Mandarin, the Ancient One, and Iron Fist , someone decided that it was okay to maintain Wong, Dr. Strange’s manservant, as an Asian man.  As an African-American, I would not have been happy to see the Falcon played by a White Person and the role of Jarvis recast as a Black man.

This brings me to yesterday, when I was having this same conversation with two Asian-American colleagues: the aforementioned and a woman.  I spoke of my excitement in seeing that 3 out of 11 superheroes in Civil War were Black. One could (not me) argue that Black men were overrepresented in the movie.  At the same time, I lamented that there appears to be no significant future for Asians in the Marvel Cinematic Universe.  Hogun the Grim and Wong do not constitute significant contributions to the fabric of the movies.  Simultaneously, we came up with the idea of casting an Asian woman to play Captain Marvel.

Before the same internet trolls that were outraged over the casting of Idris Elba as Heimdall get all fired up over the notion of a non-White actress playing Carol Danvers (and shouldn’t Black people really be the ones that are offended because the one Black guy in Asgard is essentially the doorman?) – ask yourself, “Does she need to be White?” The answer is, “no.”

I can appreciate an attractive blonde woman as much as the next person, but the cinematic Captain Marvel does not need to be White.  Marvel’s Captain Marvel is not an iconic character. A male Kree Warrior, a Black Woman, various other Kree, a Skrull, and Carol Danvers have all utilized the name “Captain Marvel.”  The current holder of Ms. Danver’s former nom de plume, “Ms. Marvel”, is a Pakistani-American. 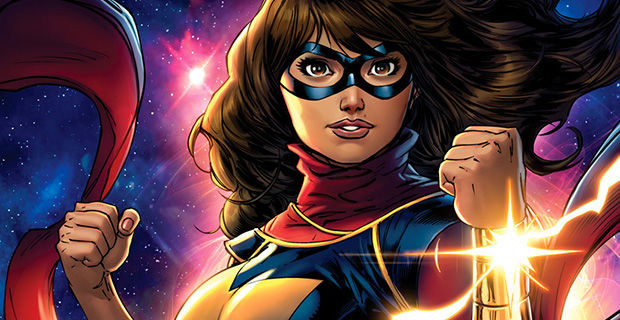 Additionally, even though Carol Danvers has been around for decades, she only assumed the mantle of Captain Marvel in 2012.  This is to say that, unlike Wonder Woman or Supergirl, the public has no preconceived notion of what Captain Marvel looks like.  So, before anyone cries, “reverse-racism!” ask yourself whether you are truly concerned that the statuesque buxom blue-eyed blondes that will audition for the role of Carol Danvers will be unable to find another role in Hollywood?

If you are okay with the first Captain Marvel in the cinematic universe not being a Kree warrior named Mar-Vell then it should not matter to you who plays Carol Danvers.  If you are dogmatically tied to the comic book universe, then you should be unhappy with the notion of Carol Danvers joining the movies without a multi-year/movie preamble involving a Kree Warrior, Nega-Bands, and a confusing symbiotic relationship with Rick Jones. Therefore, it should also not matter to you who plays Carol Danvers because in your mind she should not be in the movies yet anyway. 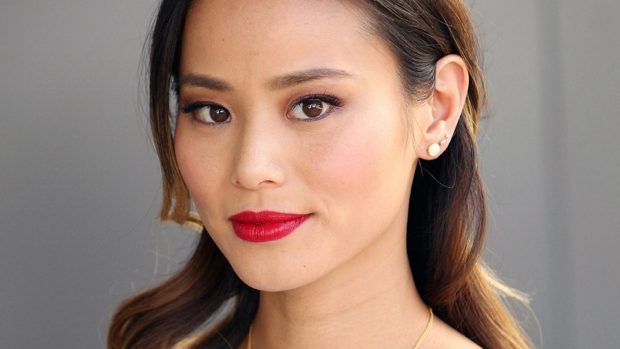 If you are Marvel/Disney, however, casting an Asian woman as Carol Danvers could do much in the way to alleviate the negative publicity you have received from the cross-racial casting of some of your key Asian characters.  This could be a “make good” by casting an Asian as one of the most powerful beings in the cinematic universe.

Marvel, if you are listening, both of my colleagues said all would be forgiven if Captain Marvel were Asian.  Socially, it would be the right thing to do.  In this multimedia Golden Age of Super-Heroes, all little boys and girls (and maybe not so little men and women) should be able to look at the screen and see themselves.  Everyone should be able to be a superhero for Halloween. 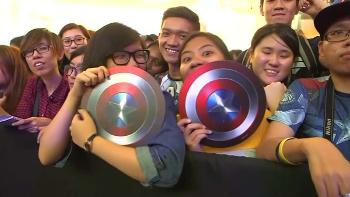 About Troy Benson 1 Article
The first comic book that I truly recall reading was Superboy starring the Legion of Super-Heroes #202. I was four. I've been reading comic books ever since. For the last twenty years I have been fighting crime as a crusading deputy district attorney. In my dual identities as comic book critic and prosecutor I will continue to fight for truth, justice, and the American idea.