When Canadian director Ken Finkleman started working on An American Dream, it was clearly satire. By the time it opened at Cinequest 2017, his film had moved from a clever American spin on an American Candide and into outright prescience. It’s still dripping with gallows humor, but the laughter gets more nervous in 2017. To quote a popular meme, it’s like Finkleman said “society couldn’t get this crazy,” and society said “hold my beer.”

High school football player William Bowman (a note perfect Jake Croker) has been told to work hard, do well in college, and get a good job. When he takes a hard hit at practice, he’s knocked into an unconscious fever dream that foretells his future — and the present of America that’s been with us longer than we care to admit. Will lands an internship at a capital investment firm, where he’s taught that nothing matters more than the deal. He excels, right up until the moment the deal turns on him and he’s out on the streets.

From there he bounces from reality show to reality show, with the last turning his all-American spirit into a Christian book salesman. He’s in the heartland of an America that has given over completely to capitalist principals, with an unrestricted free market and Second Amendment rights taken to a logical extreme. All the while his life is commented upon by news anchor Tally Pepper (Jenessa Grant), 18, blonde and wide-eyed. Any resemblance to Tomi Lahren is strictly coincidental, because Tally is a little less polished.

But there’s something deeper going on, as Will keeps stepping into conspiracy theory. Whatever keeps happening to him, somebody’s orchestrating it, even if they’re not counting on him being there. Even as the film gets laughs from the ridiculousness of it, there’s just the tiniest ring of plausibility. 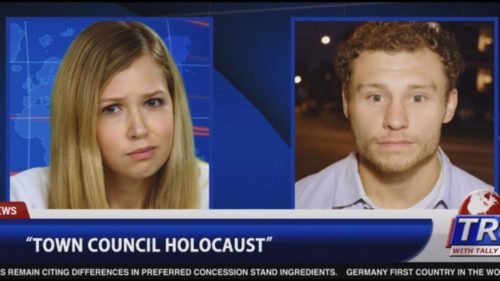 It’s a smart film with a bitter core, and Finkleman paces it perfectly. The comedy always serves the story, which serves a sharp eye. Holding together more tightly than Terry Gilliam’s Brazil, An American Dream feels like that film’s spiritual successor, without the comforting cushion of science fiction. When we stare into William Bowman’s face, we know what he knows. In the immortal words of Walt Kelly’s Pogo Possum, we have met the enemy and he is us. 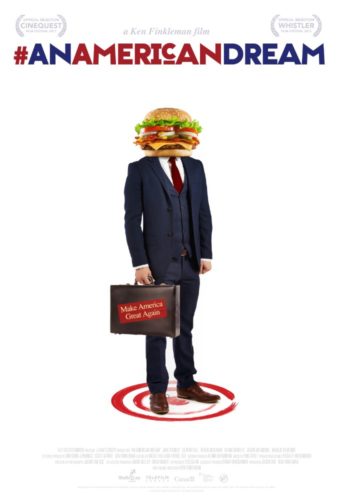