Is there a relationship more special than that of a boy and his monster? Certainly the Virago doesn’t think so.

After Lucas (August Maturo) and Tom (Mike Manning) lose their mother in an accident, they think they only have each other to lean on. But Lucas has become fascinated by local myths of a monster in the woods, reciting the rhyme that kids have been repeating for generations whenever he walks by the abandoned hospital. (Because there must be an abandoned hospital.) When bullying girls from his school dare him to go inside, the rhyme comes to life, at least in his head. As Lucas’ visits and singing become more frequent, the disappearances begin. But the Virago would never hurt him.

Slapface, written and directed by Jeremiah Kipp, wants to play it both ways for a while. From the opening moments, the film establishes that yes, children have disappeared in the area for decades, and that there was a woman accused of being responsible long ago. On the other hand, Lucas and Tom aren’t handling their orphan situation well. In order to stay real with each other, they play a purging game of “Slapface,” striking each other until… well, it’s not really clear how Tom thinks it’s a valid parenting technique, but somehow it’s supposed to hold them both responsible to each other. 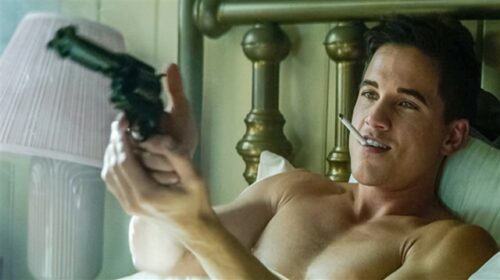 The problem is Tom isn’t really all that responsible, though Sheriff Thurston (a welcome Dan Hedaya) tries to get him to be. Tom’s new girlfriend Anna (Libe Barer) quickly realizes that their home life isn’t exactly a model to follow, but she’s new and thinks she can fix things. She likes Tom and builds a rapport with Lucas. Dabbling in Wiccanism, Anna only adds fuel to Lucas’ belief in the Virago. And the bullying girls, including Moriah (Mirabelle Lee) who wants her relationship with Lucas to stay secret, only fan the flame.

Maybe it’s adolescent torment, or maybe there is a 7-foot-tall creature of rags and claws stalking at the edge of town. The Sheriff knows the legend. The girls know the legend. And soon everyone else will.

Slapface does a lot with a little — few locations and low budget. But it’s terrifically shot, suggesting more than showing and building a slow burning creepiness. We don’t see much of the monster (Lukas Hassel) in more than glimpses and aftermath, making it easier to overlook the simplicity of its design and fill in the blanks ourselves. Instead, Kipp emphasizes his actors, and Maturo carries the film with relative ease. His scenes opposite Barer and Lee feel real, and if the relationship between Maturo and Manning isn’t as strong, it’s because the brother’s role may be meant to be off-putting.

More might not have made more, and if the Virago isn’t a new entry into the ranks of iconic movie monsters, it still has some potential. Slapface is a solid monster movie with emotional undertones, and if that’s the movie you’re looking for, you’ll be rewarded.

Slapface streams at Cinequest through March 30 for $3.99. 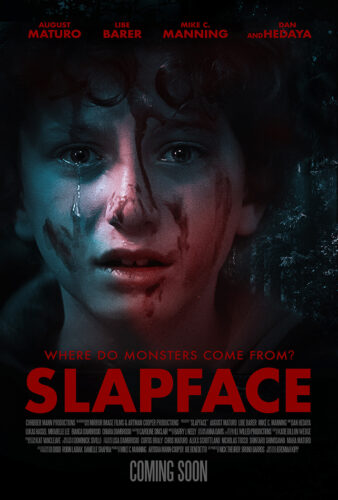