For well over a decade, DC’s booth has dominated the center of the Exhibit Hall at Comic-Con. Some of the details may change, as in who is on the walls that allow for signing spaces, and what videos show on the big screen, but it’s reassuring and, of course, representing some great storytelling.

What changes in the middle are the costumes on display. In years past we’ve had multimedia Supermen and Batmen, and this year displays the blend of movies (Batman v Superman: Dawn of Justice) and the place that DC currently owns for fans — television. A wide variety of character costumes and props from Arrow, The Flash, and technically, DC’s Legends of Tomorrow had people crowded around last night, explaining characters to family members and friends, and probably gaining a few more viewers. 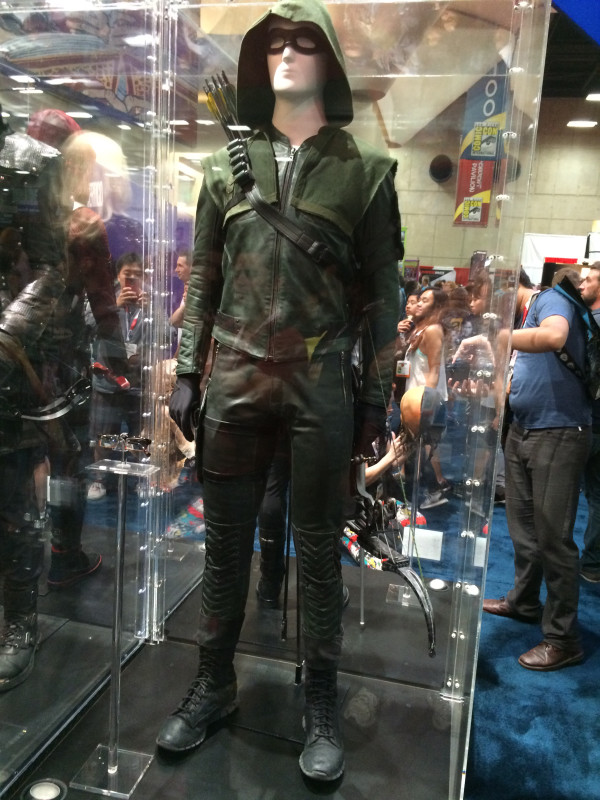 Arsenal – or did he become Red Arrow? 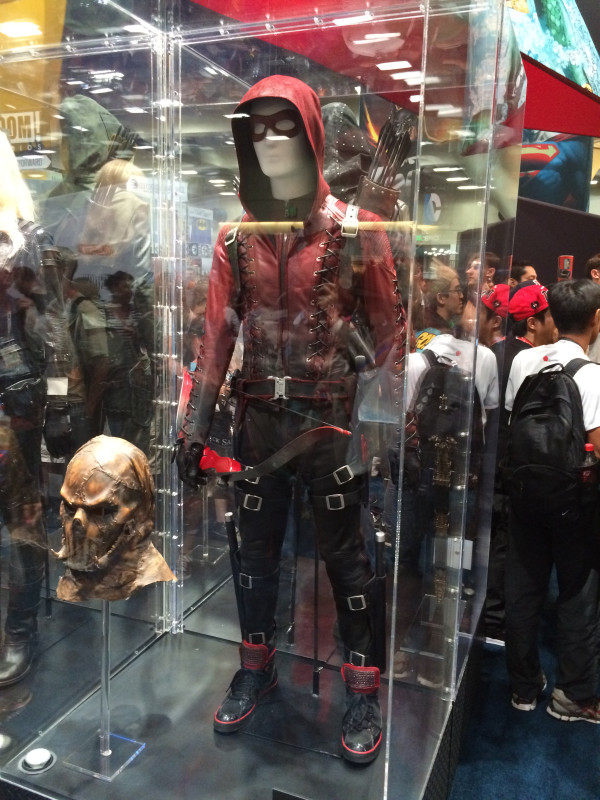 A close-up on Brother Blood’s mask 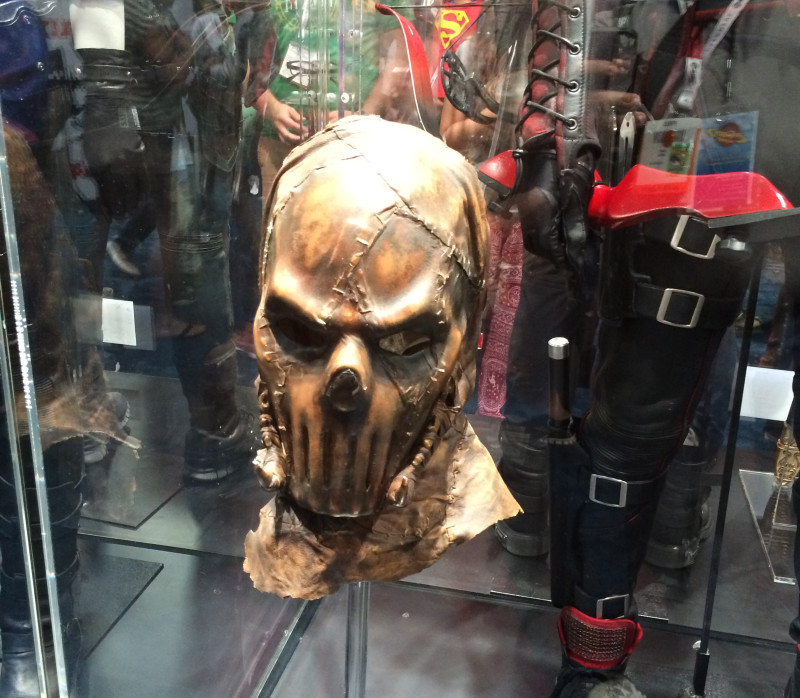 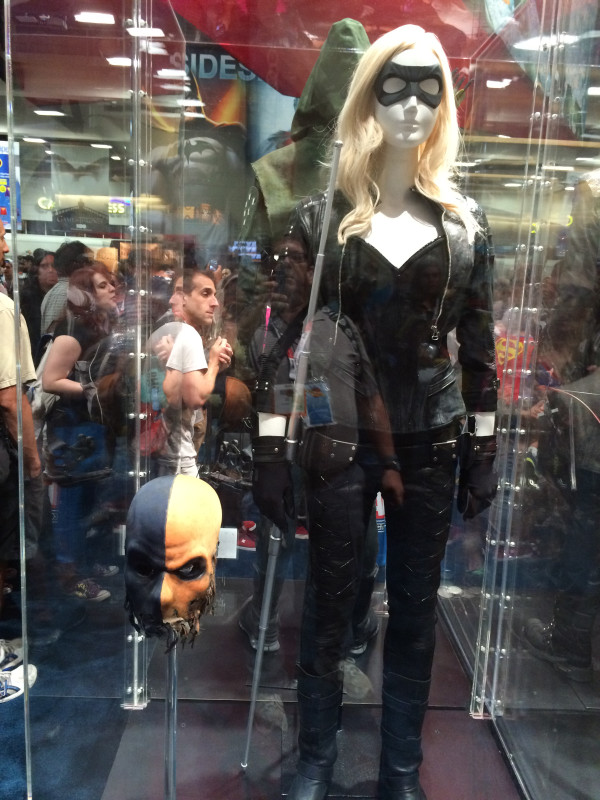 Captain Cold – a villain on The Flash, and poised to steal Legends of Tomorrow 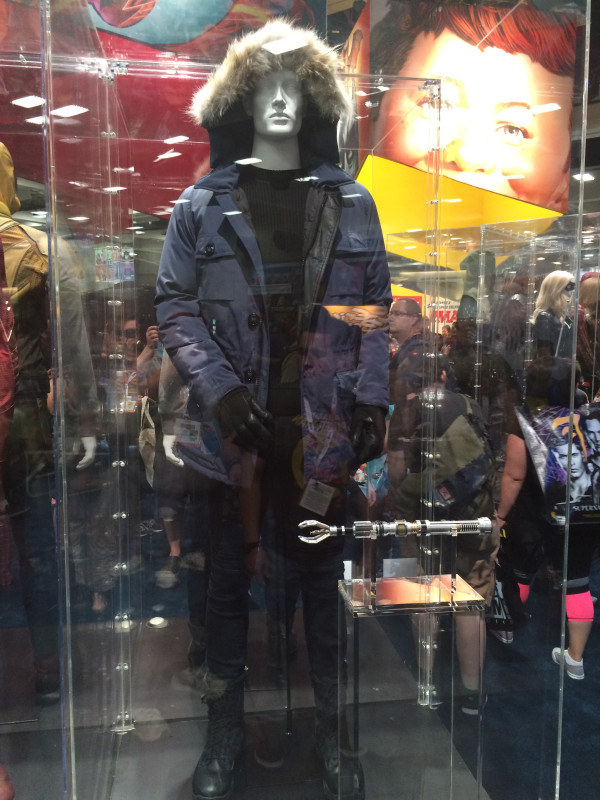 The Weather Wizard’s Wand (not a sonic screwdriver) 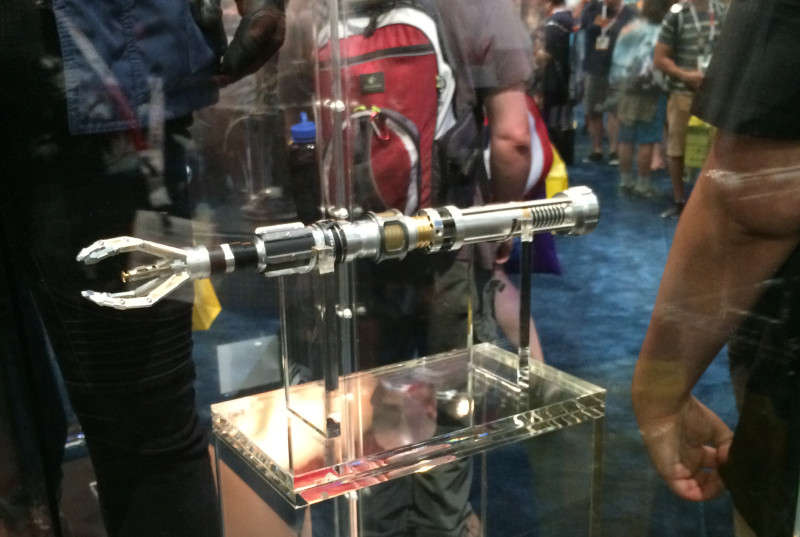 The Fury of Firestorm’s athletic gear 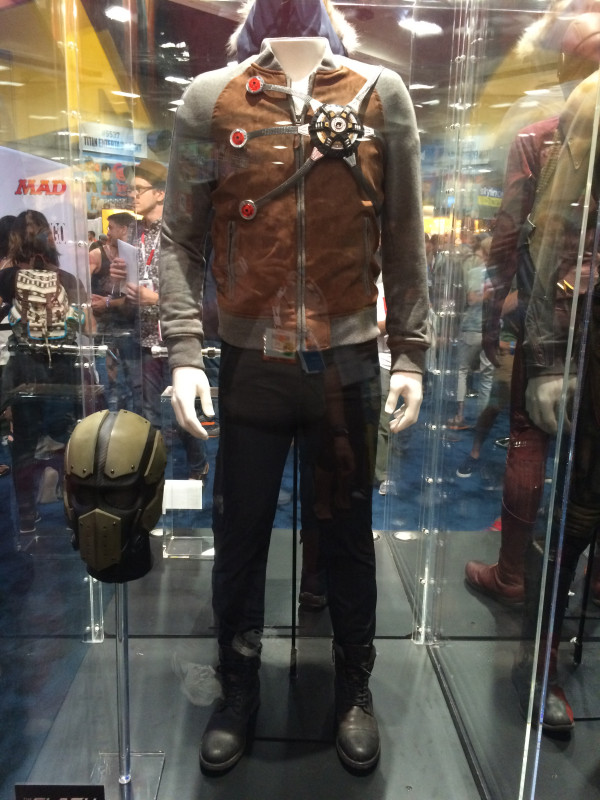 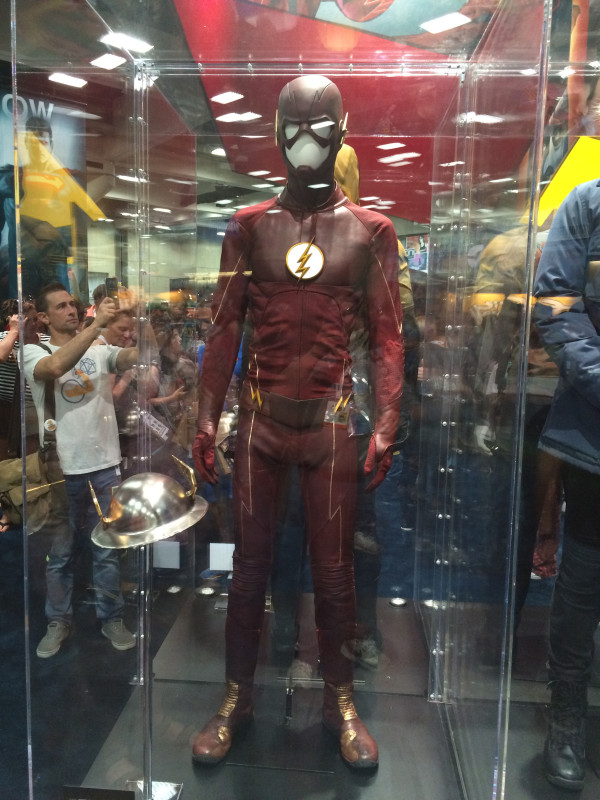 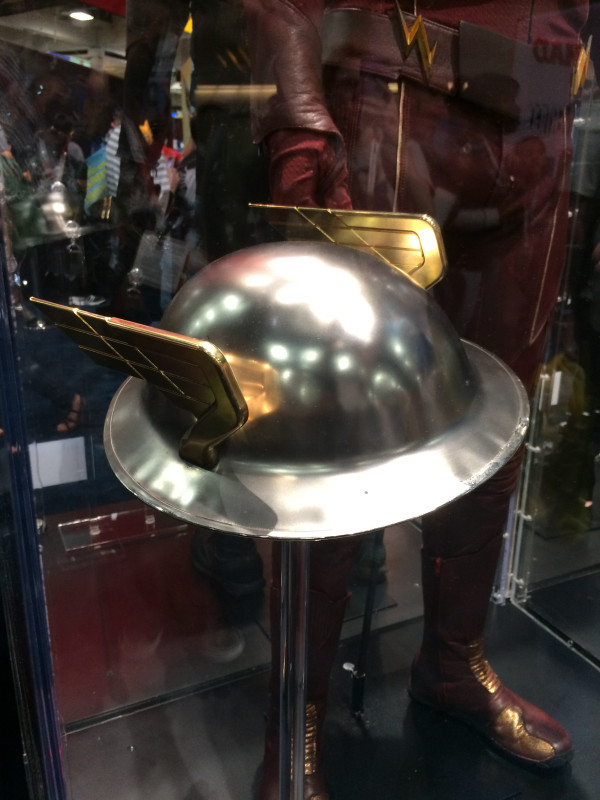 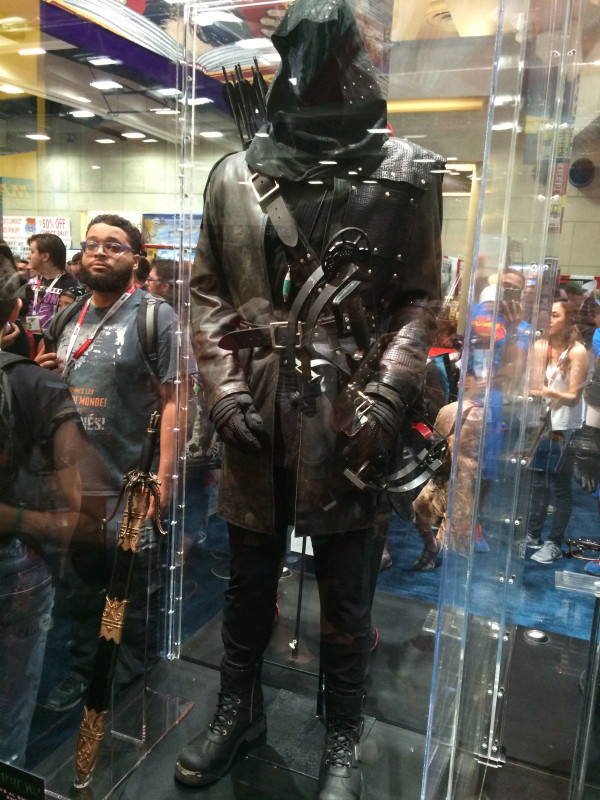 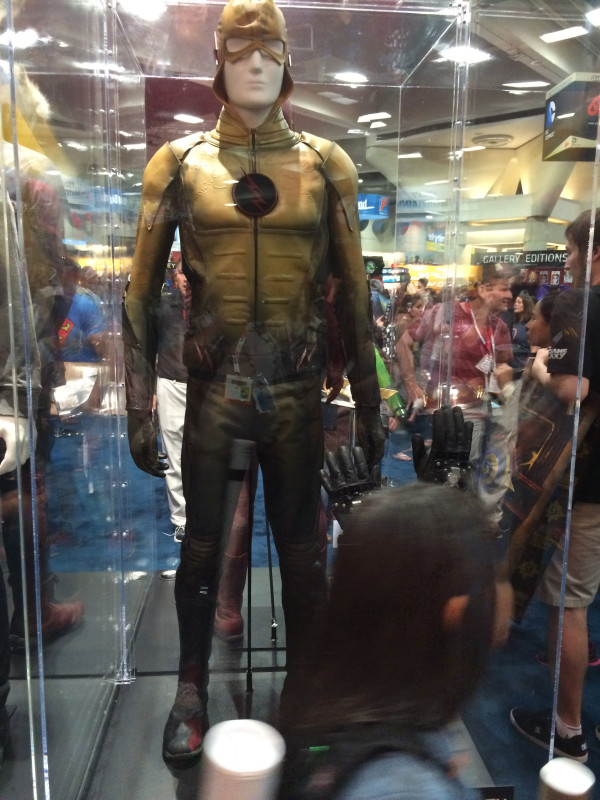 The Pied Piper’s sonic gloves… love the woodwind stops, a detail hard to see on television. 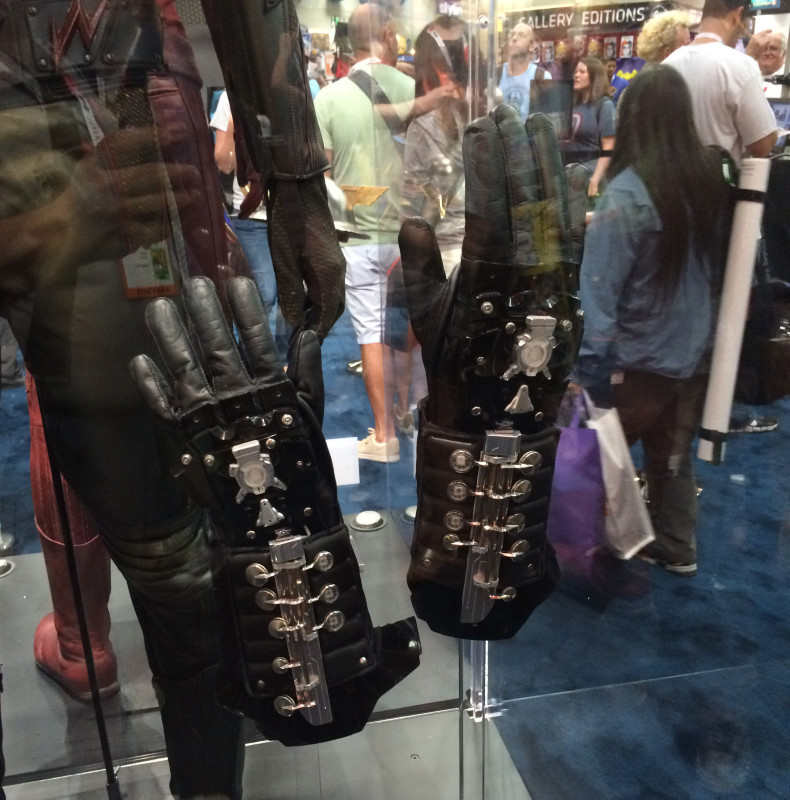 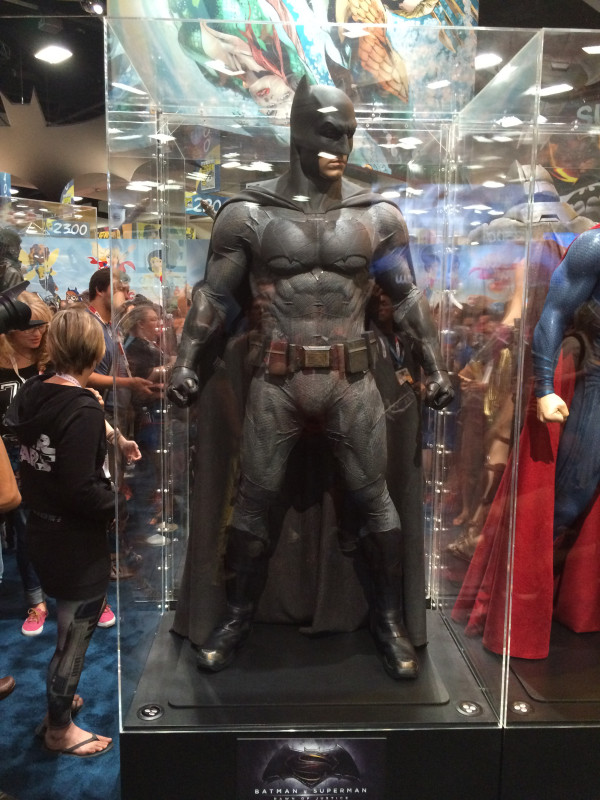 And his formal armor… 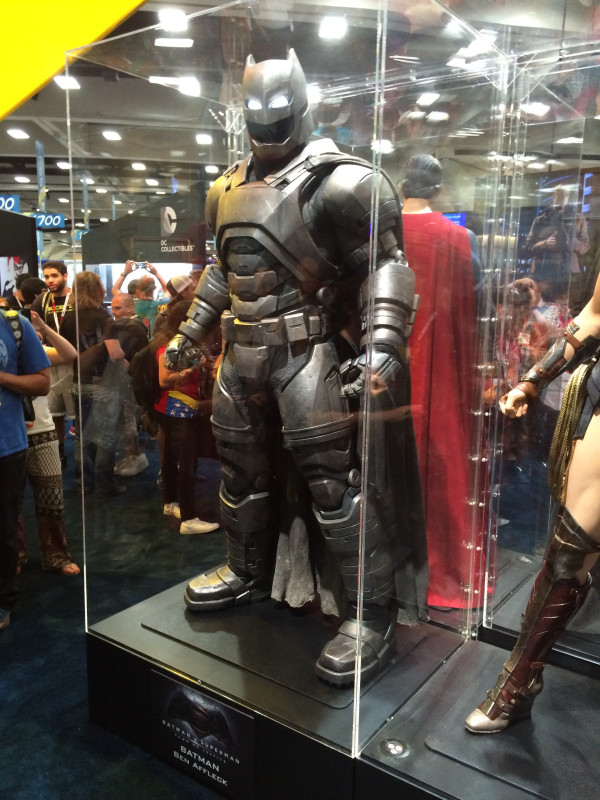 The Superman suit from Batman v Superman, which does look a little brighter than before.. 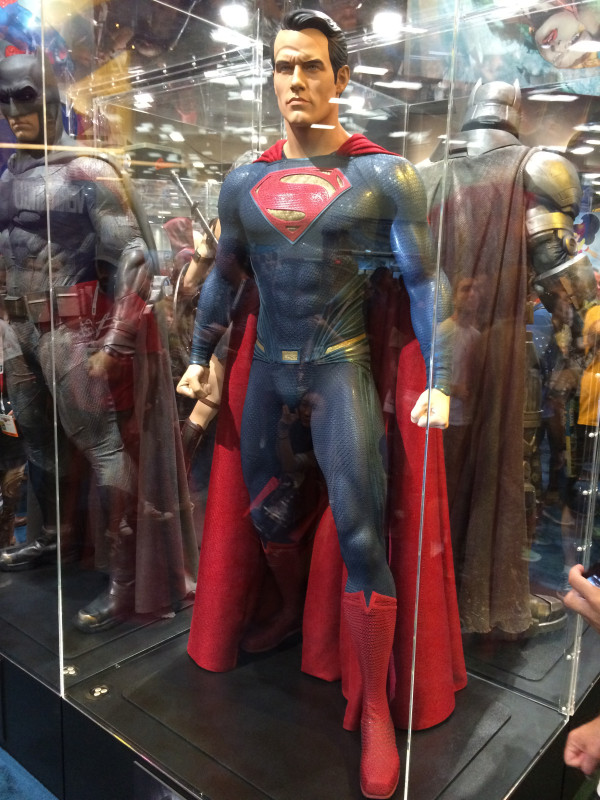 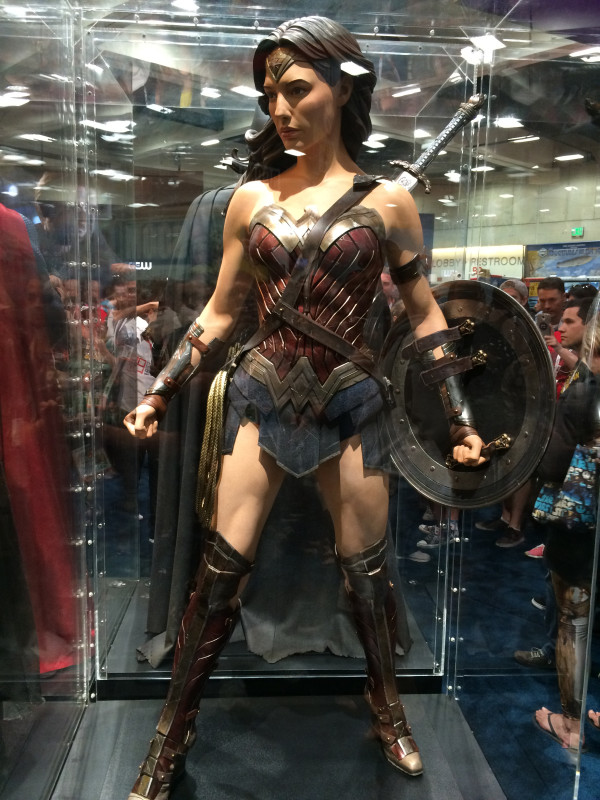 Not a costume, but I think it’s funny that DC put Lucifer next to Supergirl.
Peter David must be proud. 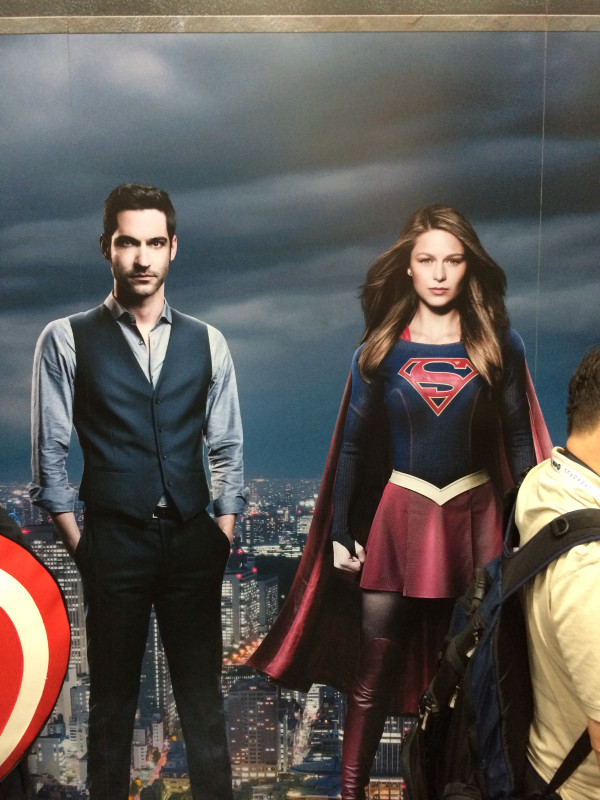