We’d heard the rumor a few weeks ago that Brie Larson was at the top of the list to play Carol Danvers, Captain Marvel in the Marvel Universe. Though before her Oscar win for Room, her name hadn’t really been in fan conversations, it made a certain sense.

Today at Comic-Con, it’s been announced that she will indeed play Captain Marvel for the film, currently scheduled for release in March 2019. 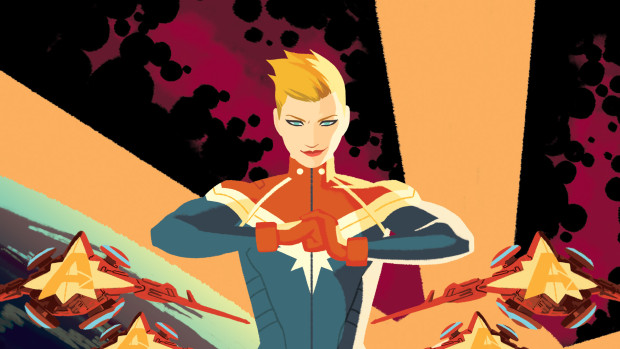 The character of Carol Danvers has been through a few iterations over the years. First appearing in 1968 as a security officer working with the Kree Warrior Mar-Vell, trying to stave off a Kree invasion of Earth. It was later retconned that she had been exposed to alien radiation that gave her super powers, and she became Ms. Marvel. Those powers were leeched off by Rogue in Avengers Annual #10, but the powerless Carol Danvers returned to military service and eventually gained new powers, becoming Binary, partly because Marvel had created another Captain Marvel, Monica Rambeau.

In recent years, Carol has been Captain Marvel again, and the character has never been more popular. Marvel Studios head Kevin Feige has always promised that the only Captain Marvel in the Cinematic Universe would be Carol Danvers, and has implied that somehow, her origins would be a bit simpler. Though the Kree exist in the Marvel Cinematic Universe, they’ve really only been at play on Marvel’s Agents of S.H.I.E.L.D. on television.

But Anthony Breznican reports for Entertainment Weekly that Feige promises that Carol’s story will “…“straddle two worlds. Her origins are very much Earthbound, but her adventures and power base come from the cosmic realm.”

We shall see. Welcome to heroism, Brie Larson!