If you kept a tally of cosplay at Comic-Con — and maybe somebody did — it sure seemed like the character with the most imitators was Harley Quinn, and many of them in the vein of Margot Robbie in the upcoming Suicide Squad. So you’d think I would have taken a lot of pictures of Harley Quinns.

Not so fast — I kept figuring I’d get the next one, and then the next one, until it was Sunday night. Instead, what caught my eye was something a little more classic. How about a few Belles, either in honor of the Disney animated classic or the upcoming live-action version of Beauty and the Beast? As you will see… it started out so well and then got deliriously, gloriously weird.

First, fine craftsmanship on this dress. That can’t be easy, and my apologies for cutting off the top of this young woman’s head — but the costume is just so good. 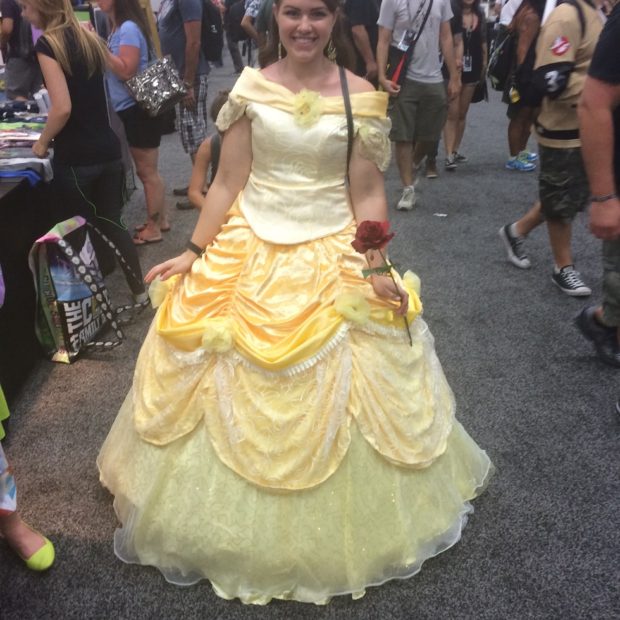 She traveled with a friend, cosplaying as Joy from Inside Out. The combination makes a certain sense and one day, when the Pixar and Disney universes collide… this will happen. 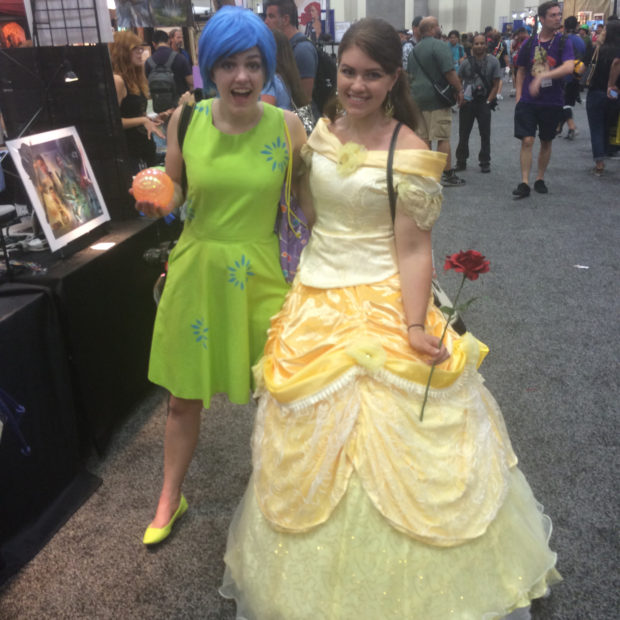 I found another Belle — similar dress, but why not show off your skills that way? The Belle early in the film has a simpler costume. The key is the red rose, which sets off the yellow and gold nicely. 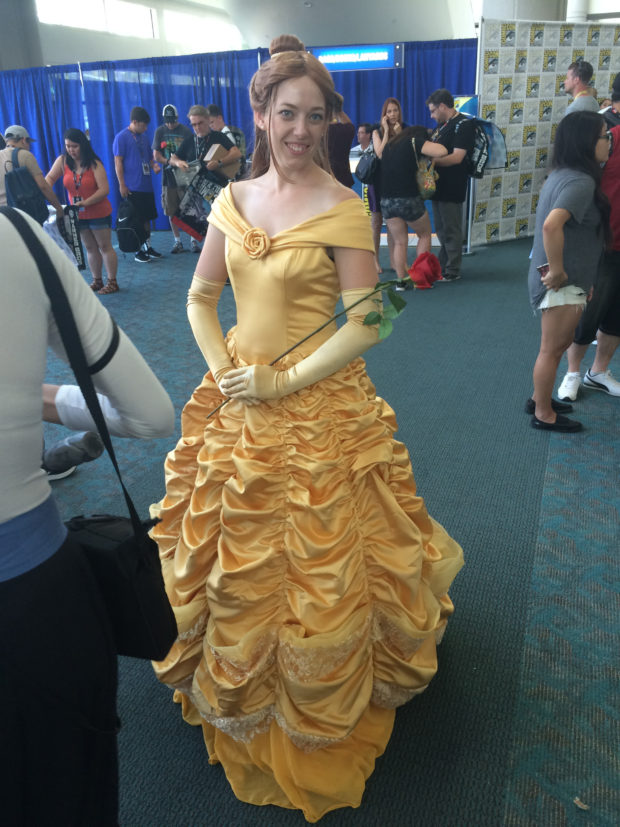 Or maybe you just need the red… 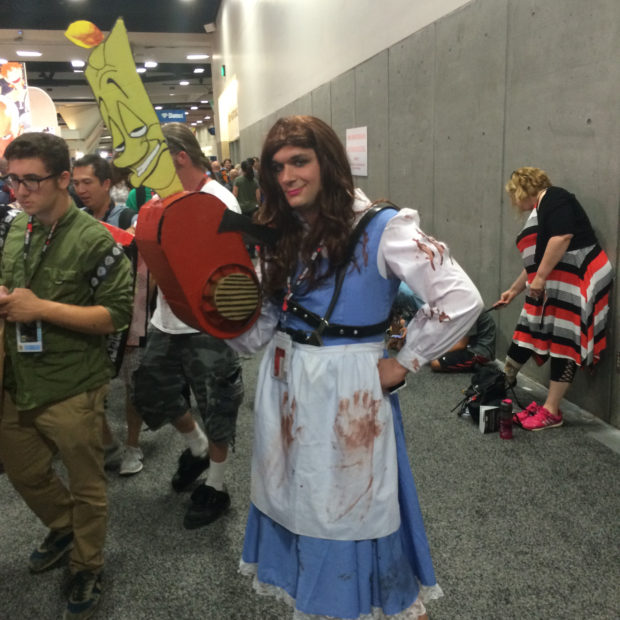