Maybe you’ve heard of this character — she debuted in 1941, and has been around for 75 years, and is getting her first solo film next summer, just in time for her 76th birthday. It’s Wonder Woman, and one of the many reasons she has stayed iconic in people’s minds is the television show from the 70s, which featured Lynda Carter flying around in that greatest of all superhero vehicles — the Invisible Jet.

Many have mocked it, but it sticks in the memory.

So DC Entertainment has set up an outdoor exhibit where fans can get their picture taken piloting the Invisible Jet. It’s located, naturally enough, on the corner of (Paradise) Island and 6th Street, and it’s a neat tribute to Wonder Woman. 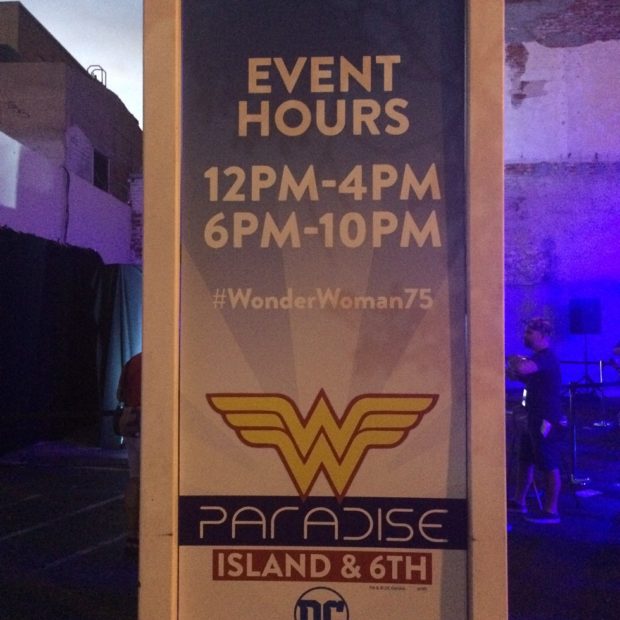 There’s the good-natured cheesiness of the jet itself, but there’s also beautiful street art celebrating the Amazon Princess. 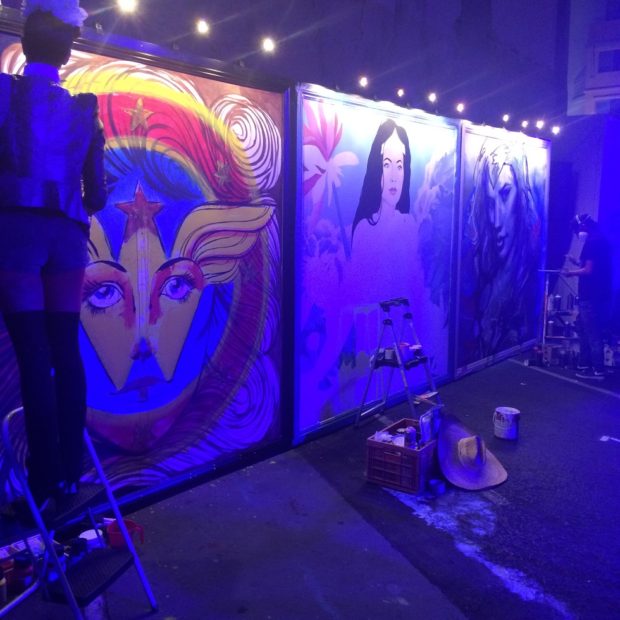 Last night, DC Entertainment held a reception for the reveal of the jet, and here are a few snapshots from the evening — all of which was bathed in a purplish light that I am sure was meant to heal us all from the ravages of Comic-Con. Thank you, Amazonian Purple Ray. 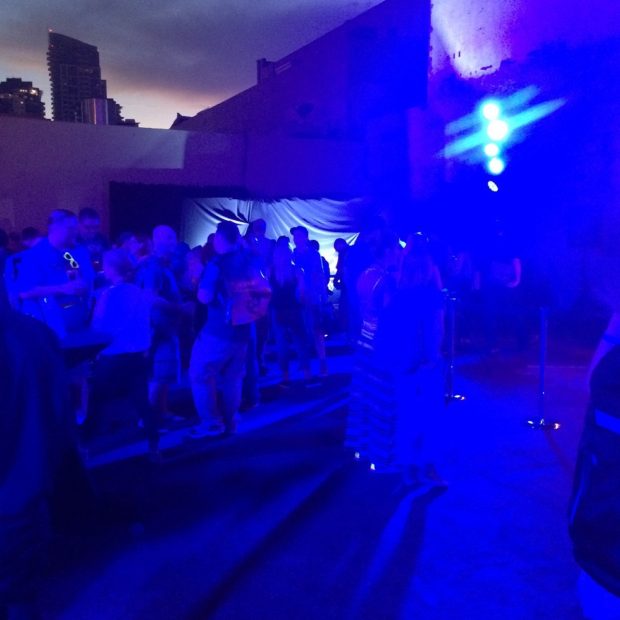 And now for the unveiling… 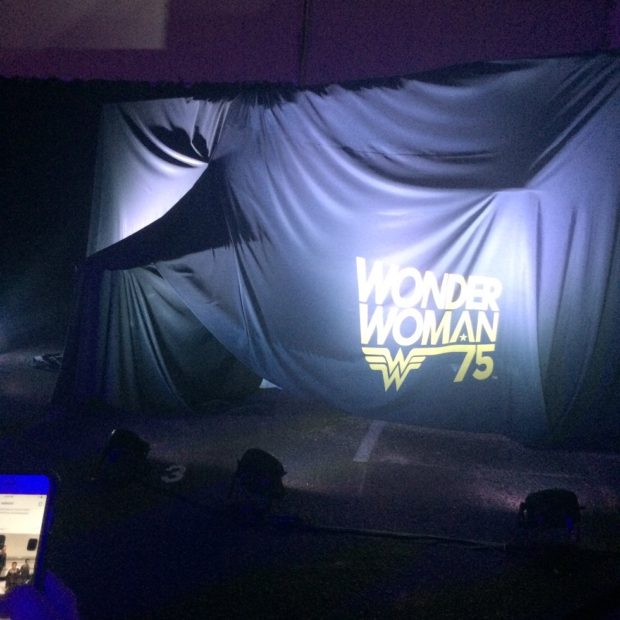 We waited with breathless anticipation…

And there it is. Made, by the way, from the same materials used to make space blankets. 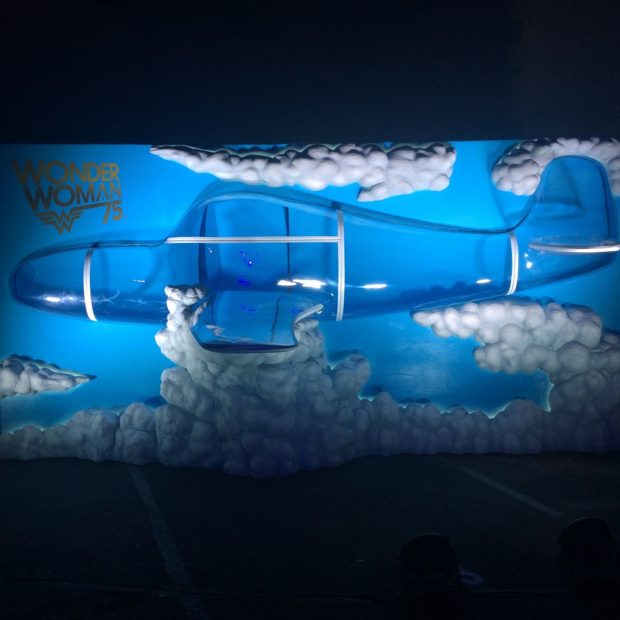 And some more looks at that street art: 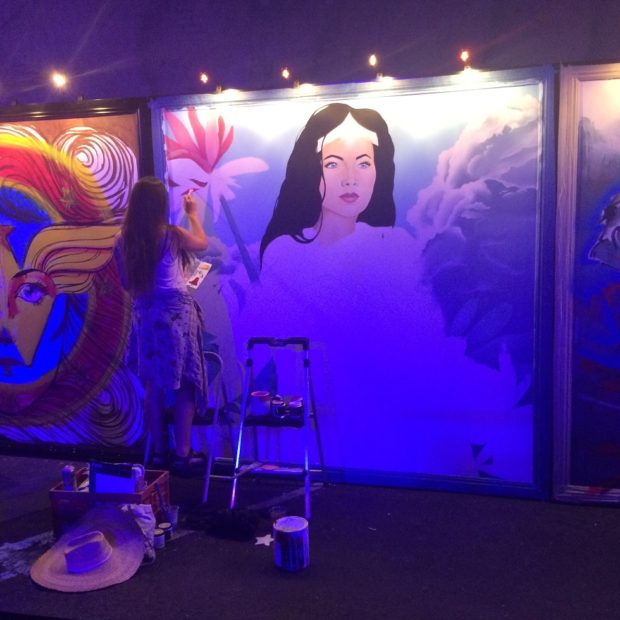 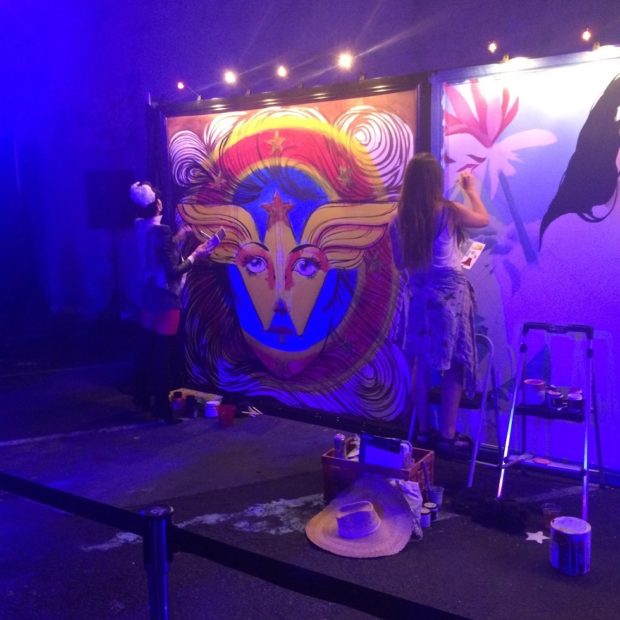 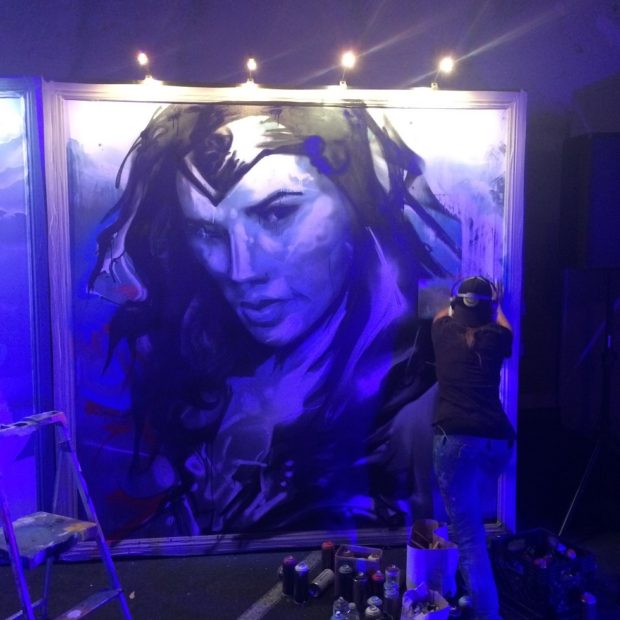 If you’re here, check it out!