Near the end of Season 4, Arrow introduced Evelyn Sharp, an Arrowverse version of Evelyn Crawford. Crawford had been part of the New 52’s Birds of Prey, using the codename Starling. The TV version has taken Black Canary’s sonic choker — technological canary cry — and assumed the Black Canary’s identity.

Since the team also lost Arsenal when the actor wanted to go on to other things, they need to bring in another vigilante hero. So for Season 5, they’re adding Wild Dog. Actor Rick Gonzalez (Reaper, Mr. Robot) takes the role. Originally created by Max Allan Collins and Terry Beatty, Wild Dog fought in the midwestern Quad Cities, with the secret identity of Jack Wheeler. Though he’s knocked around the DC Universe since the 80s, he’s a character ripe for a revival and a revamping through television. 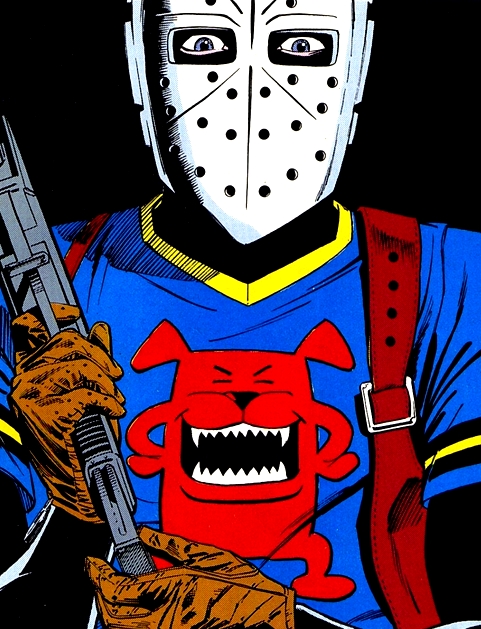 The next big “shocker” in the trailer below is the season’s main villain — Prometheus. What I can see in the video doesn’t seem that visually distinct, but then again, for an incredibly dangerous “anti-Batman”, Prometheus never quite looked good in the comics to me, either. Created by Grant Morrison for JLA, the character earned Green Arrow’s wrath in the comics by killing his “granddaughter,” Lian Harper.