Every time a comic book character makes it to the screen, it’s compared to the source material, naturally enough. Part of the changes come from production companies wanting to put their own stamp on the IP, or an actor wanting to be more visible in the role. Sometimes, the producers just claim that the comic book design is impractical. And yet, you’ve seen how well that turned out for Apocalypse in X-Men: Apocalypse. 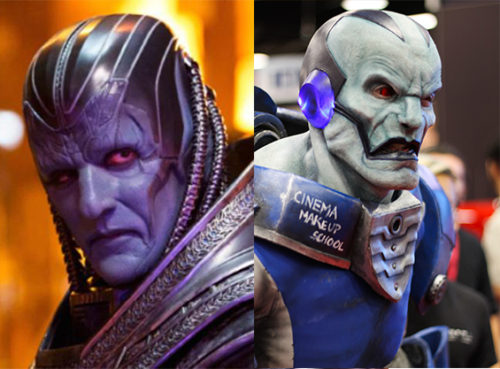 On the left is Oscar Isaac in the role, with a design that was less than thrilling to fans. On the right is a version of Apocalypse that’s pretty accurate to how he appears in comics while preserving facial mobility. And it was done by the Cinema Make-up School in Hollywood, which will be doing demos of their work on the floor at Comic-Con in San Diego. They’ll be in Booth #4523, with designers showing off their skills and attracting your interest. 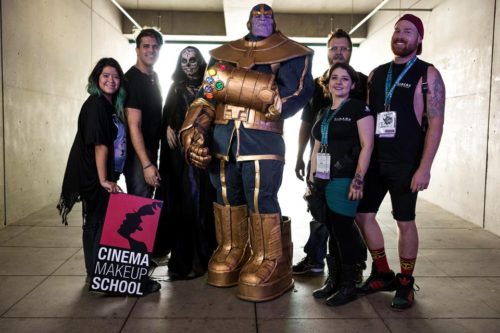 From their promo art, it looks like Thanos will be the main attraction, but they’ll also be showing off original designs and a potentially stunning rendition of the Joker from Arkham Asylum. The thing that’s got me wanting to stop by is guest appearances on Wednesday night and Thursday by make-up artist Jose Davalos Gomez, who specializes in Disney Villains. (Might as well blur my weekends between D23 and Comic-Con.) 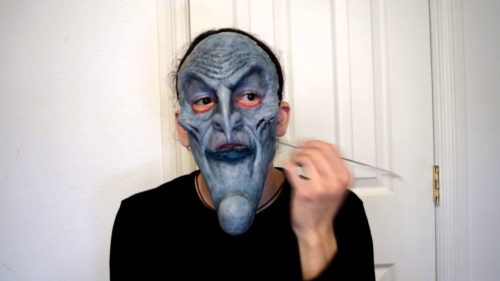 Here he’s in the process of applying make-up as Hades from Disney’s Hercules. But the Cinema Make-up School says he will be transforming into the Haunted Mansion’s Hatbox Ghost and that… I’ve got to see. Maybe you do, too. Stop by Booth #4523. Tell them Fanboy Planet sent you. 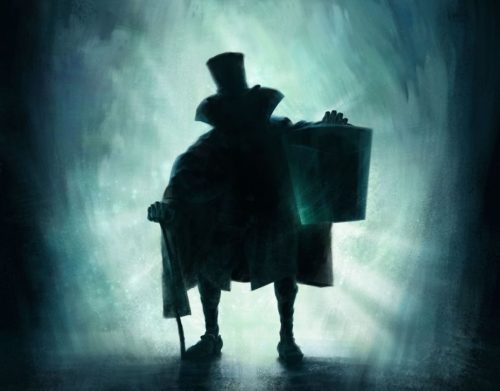