File this under “you had my money already.” To raise awareness of this little indie film Deadpool 2, Fox turned a tiny out of the way corner of the middle of the exhibit hall into a cross between Chuck E. Cheese and Five Nights at Freddy’s. The result almost defies description, so it’s best to just show you a video and hope you all survive the experience. (Video shot by Steph Rodriguez)

Should this have intrigued you, since you obviously had never heard of Deadpool 2 before, you can purchase the blu-ray here. 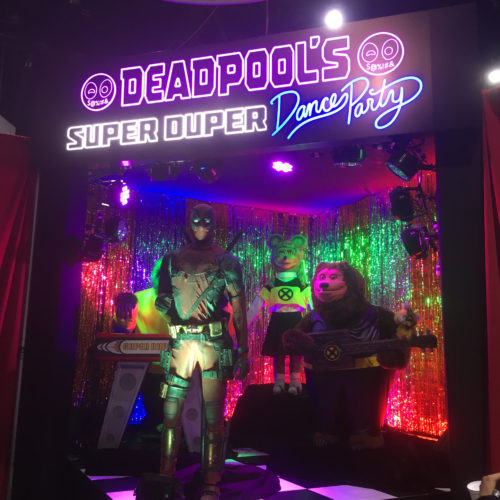