Every year a must-stop on the Comic-Con exhibit hall floor is the LEGO booth. Filled with life-sized statues of pop culture figures, revealing upcoming sets, and giving kids the opportunities to just play for a while and stretch their imaginations, it’s a treat for families no matter which day it is. And you’ll find a lot of adult fans milling around, too, getting selfies with those statues.

Ahead of Preview Night, LEGO sent over these images of those life-sized statues, and the products they’re offering, both new to everyone, and those that will be highly sought-after convention exclusives.

First, watch this video of the creation of Batman, for a recreation of a Detective Comics #1000 cover.

In addition to Batman, LEGO will have an Endgame Iron Man figure, just before the Blip, and the new mysterious Red Sith Trooper that Lucasfilm revealed last week.

And now for the exclusives, which attendees had to enter a lottery for the right to buy ahead of time through the SDCC portal. Yes, LEGO absolutely is that popular, and when you see these you understand why. Retailing for $45 per set, there’s an insanely cool Batman diorama, that Red Sith Trooper again from The Rise of Skywalker, and, good lord, is THAT A LEGO FLERKEN?

Attendees still have chance to win exclusive mini-figures. On Thursday, July 18, the LEGO booth will be holding instant win drawings for a PS4 Spider-Man figure. On Saturday, July 20, Zebra Batman will be the prize. And though I don’t have an image for her, Barb from Stranger Things gets a mini-figure that will be given away on Friday, July 19.

Though you won’t be able to buy upcoming product ahead of time, LEGO is offering a sneak preview of sets from Overwatch, LEGO Star Wars, and LEGO Marvel’s Avengers. That one includes a mini-figure of Pepper Potts as Rescue, mixed with Endgame’s Professor Hulk. 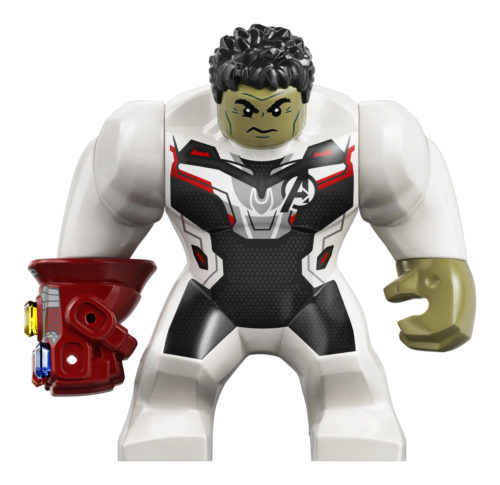