Yes, Comic-Con is the time of special announcements, and Warner Brothers dropped a pretty good TV casting notice this morning.

Neal McDonough, already familiar to comics fans as Dum Dum Dugan in Captain America: The First Avenger and Agent Carter, has signed on as the villain of  fourth season. But don’t worry, he’s keeping with the same alliteration.

After the fall of Ra’s al Ghul, it’s the shadowy Damien Darhk who rises to keep Oliver Queen in his place. As described in the press release, Darhk is”…the leader of his own clandestine group…(a) cunning foe will prove to be one of the Arrow’s greatest challenges.”

Though he played a hero for Marvel (and in HBO’s Band of Brothers), McDonough can also tap a very steely side that could really elevate the action on Arrow. 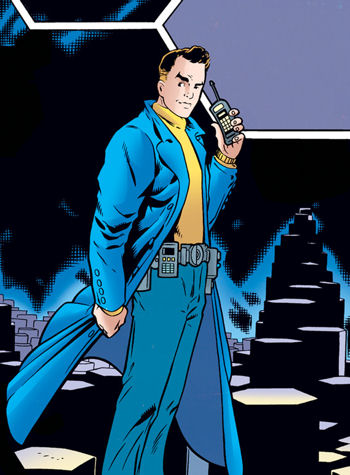