We previewed this right before Comic-Con, a web series aimed squarely at the heart of fandom. A great cast tweaks us where we live, hopefully with love and affection.

Let us know what you think!

Con Man premieres exclusively on Vimeo On Demand today. Three new episodes of the series will premiere every Wednesday for four weeks. Con Man is now available to rent for $14.99 at Vimeo.com/OnDemand/ConMan.

Con Man centers on the post-show life of Wray Nerely (Alan Tudyk) the co-star of “Spectrum,” a sci-fi series, which was canceled before its time and went on to become a cult classic beloved by fans. Wray’s good friend, Jack Moore (Nathan Fillion) starred as the series Captain and has gone on to become a major celebrity, while Wray (Tudyk) hasn’t found his desired level of stardom. Wray is the begrudging guest of sci-fi conventions, comic book store appearances, and different pop culture events; however, everything is not as it seems from the outside.The series will explore these events and all the weird and crazy things that happen to them along the way. 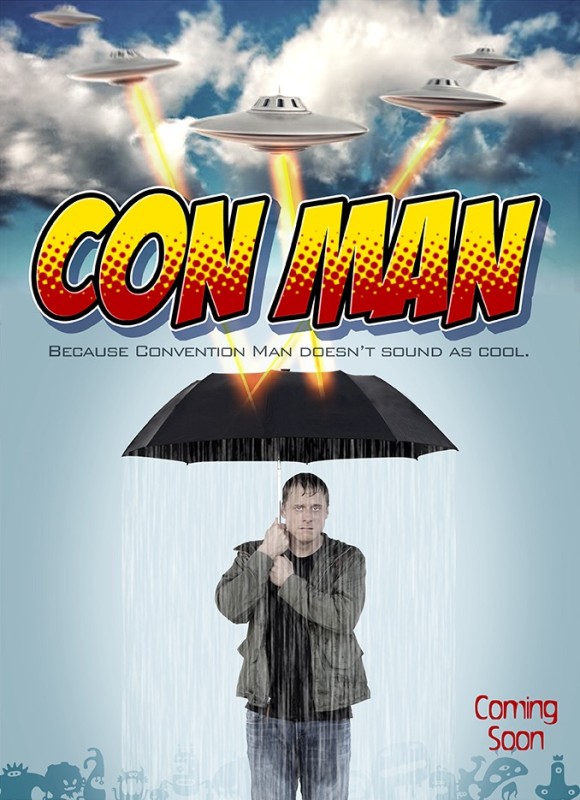 Con Man was funded via Indiegogo, resulting in a record-breaking 3.2 million dollar campaign. With the support of over 46,000 fans from around the world, Con Man now stands as the third highest funded film campaign on any crowdfunding platform ever.