As I mentioned on the podcast this week, I keep forgetting about CW Seed, the CW’s online platform where you can do things like watch the entire series of Constantine, to remind CW executives that you really liked Matt Ryan in the role, and that he should show up again on Arrow or The Flash or something.

But the other thing CW Seed did to anchor it to the so-called Arrowverse is launch an animated “series” — now edited together into one 31 minute episode — for Vixen, in which both Stephen Amell and Grant Gustin voiced their live-action characters. That animation prepped the way for Megalyn Echikunwoke to appear as Vixen in live-action on Arrow last season.

It looks like CW Seed is going to expand the Arrowverse even further this year — because The Ray is going to be an animated series. This has to make fans wonder if somewhere down the line as the “Legends of Tomorrow” work with the JSA, will we see the Freedom Fighters? The title of the show sounds like a big yes — Freedom Fighters: The Ray.

Produced by Berlanti Productions and Blue Ribbon (the same team for Vixen), the series allegedly takes inspiration from Grant Morrison’s Multiversity (and oh, yes, the price of that specific issue, Multiversity: Mastermen, has shot up on the secondary market). The Freedom Fighters in that series were (rightly) reimagined to reflect who they might be in the world today, and not the 1940s, when Ray “Happy” Terrill first appeared and gained his light powers. This version of Ray Terrill is an openly gay man, continuing the Arrowverse’s embracing of inclusiveness. CW Seed’s describes him as “…the first gay Superhero to lead a show.” 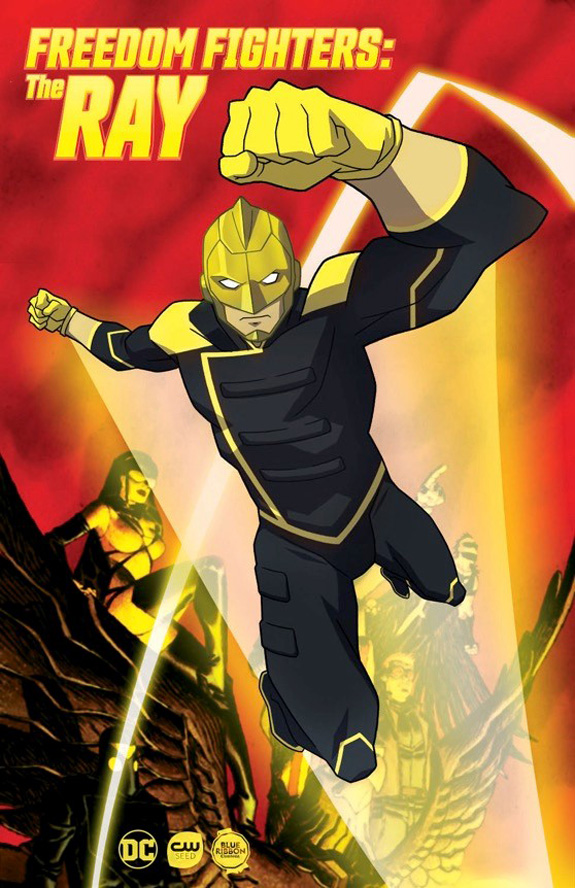 No word on the voice casting yet, but no doubt it will be someone who can fit the CW profile for the (hopefully) inevitable transition to live-action. Though the other Freedom Fighters appear in the above publicity image, we also can’t guarantee they’ll be in this first season. But come on… they’re cool…