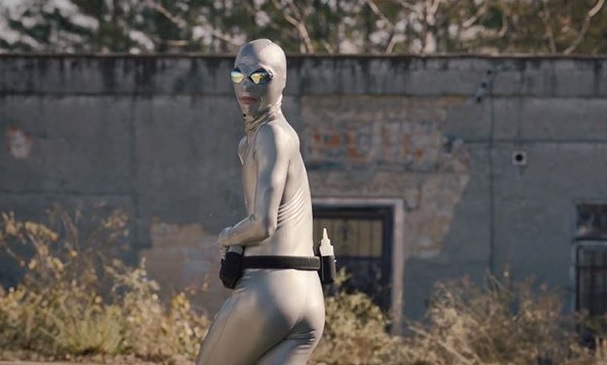 When Damon Lindelof’s remix/sequel/epic Watchmen landed on HBO last year, many were shaken by the history that the show exposed. A few months later, it became clear that the current President of the United States had not watched it, but that was an easy prediction to make. But Lindelof seems to be getting nervous about how well he foretold the future, if his Instagram account is any measure. First came this…

Okay, this shit’s getting crazy now.

Europa being where Lindelof had Dr. Manhattan creating life. Not a tremendously huge leap, really, as science fiction visionary Arthur C. Clarke had made a similar prediction about Europa having the right conditions in the novel 2010. And that’s just cool. It feels distant and yet kind of fun.

Maybe it’s coincidence that the Seattle police force happened to wear yellow masks, the same color as those worn by the Tulsa Police in Watchmen. Maybe, like some police officers’ appropriation of Marvel’s Punisher symbol, they did know what they were doing, and missed the point of the show. Ted Cruz is a fan of Star Trek.

That doesn’t necessarily make me feel better about what’s happened in Seattle today. I’m also an outsider who has seen conflicting reports on CHAZ/CHOP, but the coincidence is eerie and unsettling.

Then… in a slightly lighter vein which I’m pretty sure Lindelof meant as a reach… the naked guy wasn’t really Lube Man, right?

As of this posting, one more element of Watchmen has come to light. Granted, the headline is vague enough that maybe the robe and the meth wasn’t found in the sheriff’s home, but Lindelof getting nervous about his predictive powers is understandable.

Who knows what the weekend will bring? If a naked blue guy shows up ANYWHERE (and is not David Cross), we’re pretty much done.

Of course, I have to mention that Watchmen, the original graphic novel, was created by Alan Moore and Dave Gibbons. All this art was set in motion by two giants of comics.

Fanboy Planet is affiliated with Amazon. Products purchased through Amazon links here may generate revenue for this site.