As good as Ron Perlman was as Mike Mignola’s Hellboy, the film franchise needed a goose to lift it out of the apocalyptic tale Guillermo del Toro was telling and make it more of a franchise. It hurts me to say the following words: it needed to be a shared universe. From a studio perspective, it makes sense. If you’re going to buy in to Hellboy, you’re going to buy into the B.P.R.D., just as Dark Horse’s comics were able to explore other corners of that world.

The first picture of new Hellboy David Harbour has been released, and my first thought was actually… wow. Like Doc Savage. Which also makes sense, because the Hellboy Universe is already kind of pulpy, and would also include Lobster Johnson, a costumed pulp hero in the vein of Spy Smasher. Director Neil Marshall is going for a full on horror vibe, but possibly in a fun over-the-top way. Hellboy: Rise of the Blood Queen looks like it’s in good hands, or at least one oversized hand of doom. 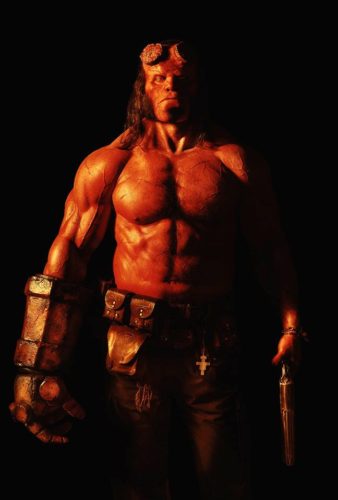 For those not on the Hellboy bandwagon, Dark Horse also plans to make it easier for you to jump onboard. The publisher has announced four reasonably priced volumes of The Hellboy Omnibus, the first volume to be released to comics shops on May 23rd, 2018. Priced at $24.99 a piece, these books will reprint Mike Mignola’s epic in chronological order of the story — which isn’t how it was initially published. These will include a collaboration with artist Duncan Fegredo, The Wild Hunt, which is the basis for the upcoming movie. In addition, there will be two volumes of short stories, done with a variety of artists. 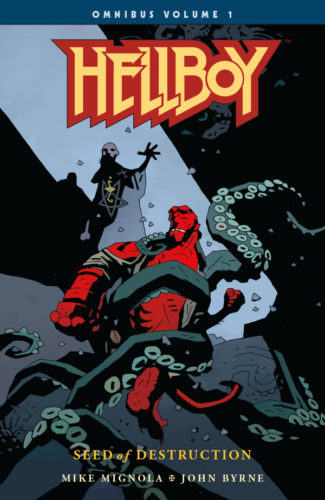 As journeys to the netherworld go, there are far less entertaining ways to travel.