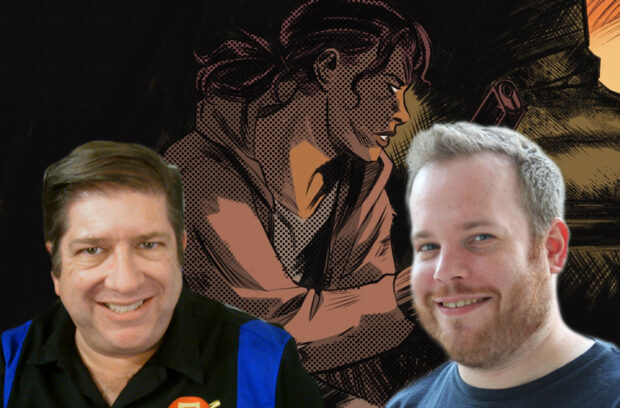 Young Dorothy Gale killed the Wicked Witch, convinced the Wizard to leave Oz, and then returned home to Kansas. Sure, L. Frank Baum wrote several stories about the magical Land of Oz after that, but David Pepose noticed that The Wonderful Wizard of Oz ended as a regime change. And the last 30 years or so of history have shown us that regime changes sound great, but cause a lot of chaos in their aftermath.

And so we get the next generation — Dorothy’s granddaughter, a returned Iraq war veteran, taken away to the same land, but decades later — now war torn. Welcome to the O.Z., a new book Pepose launched on Kickstarter Monday. Last night in the whirlwind of his insanely successful start, he took the time to talk about the book, why Kickstarter, and take a little guest commentary from David Avallone.