After weeks of rumors, it’s happening: The Tenth Doctor and Donna Noble are embarking on new “old” adventures. Big Finish announced this morning that David Tennant and Catherine Tate have signed and begun recording a series of audio dramas to start releasing in May 2016.

Tennant reprised his role as the Tenth Doctor two years ago in the Doctor Who 50th Anniversary episode, “The Day of the Doctor,” alongside Matt Smith and John Hurt as the 11th Doctor and the War Doctor, respectively. (Hurt, too, will be reprising his role for Big Finish in a separate series of audio dramas.) Tate last appeared on the series in 2008. But the two have been a fan favorite teaming, and even spent some time on the West End performing in a production of Shakespeare’s Much Ado About Nothing together.

Big Finish Audio Dramas, available as CDs and downloads, are essentially radio dramas, not audio books. Providing new adventures of various Doctors, often with original cast members, they’ve been huge in the UK and growing in popularity in the US. (Big Finish offers several other products as well, including continuing stories from the gothic soap opera Dark Shadows.)

Producer David Richardson commented, “With two major international stars in place, and the legacy of this era of the TV show to live up to, we’ve worked our socks off to try and make some very special stories for this box set. Expect adventure, fun, scares,… and some tears too.”

First up will be Doctor Who – The Tenth Doctor Adventures: Technophobia, followed by Time Reaver and Death and the Queen. All three will be available in May 2016, though Big Finish has them available for pre-order.

This isn’t Tennant’s first time with Big Finish. Before being cast as The Doctor, he acted in a series of dramas bundled as Dalek Empire. Executive producer Nicholas Briggs, who also voices the Daleks, said, “I’m so happy to be working with an old chum again.” 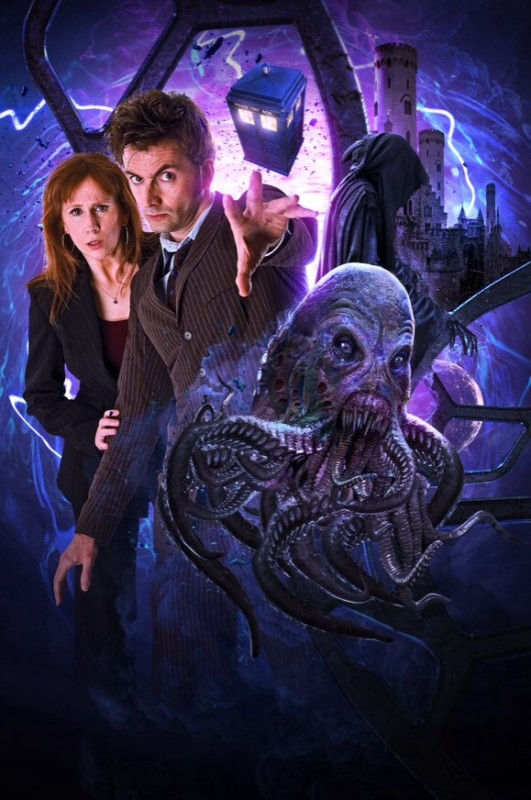