This morning, DC Entertainment moved closer toward the DC Universe streaming service, launching the website through which they will take much of our money. As we all probably guessed, the service will be a mixture of new programming with classic content. Joel Schumacher’s Batman and Robin may get in there eventually, but it will be shoulder-to-shoulder with Richard Donner’s Superman the Movie and even the classic Fleischer Brothers Superman cartoons.

What I did not expect is that the video and website (where you can currently sign up for consideration to be a Beta tester) promises something more — “Must Read Comics.” According to the site, DC Universe will offer a curated collection from Action Comics #1 to Rebirth to add to your digital collection.

This could be the game-changer. Possibly springing from DC Entertainment’s DC All Access app, DC Universe could eventually be both comics reader like Marvel Comics Unlimited and video aggregator, merged into one piece of awesomeness. However, it’s implied that this won’t actually be “unlimited,” just carefully chosen books at this point. Nor did MCU come right out of the gate as full of material as it is now. On top of that, Dan DiDio intimates that this is a new cutting edge comics reader. Oh, and they’re also saying they have built in a social media component AND a store. We’ll see.

All jokes aside, it is about time that I started to stop spending my money so frivolously. I have made a pact with my friend that we are both going to limit our credit card use this year. He is in the process of moving to the US and has just managed to receive a brand new credit card, despite the fact that he does not have a Social Security Number yet. You can read more about getting a credit card without an SSN by reading this article here. I never knew it was possible so I was fascinated to learn just how he managed to get his hands on one. Brushing up on your financial knowledge is never a bad idea after all.

Anyway, as they’re also saying that some of their animated series will be exclusively on DC Universe, that means you won’t find Batman: the Animated Series on Netflix — but you will find it in HD on DC Universe. That’s to be expected, perhaps. The only real mystery now is the subscription price. Disney’s streaming service has been speculated to be about $6.99 — about where CBS All Access can be had, though you can pay more for no commercials. Marvel Comics Unlimited — actually a pretty good deal — is $9.99 a month, though they have a bulk discount for year-long memberships. Combining both kinds of services into one place? I’d love DC Universe to still be $9.99, but I pay more than that so my kids can access Netflix, too, so — $14.99 might be reasonable, assuming I want to watch their new content.

Do you? Here’s a look at what they’ve got waiting for us: 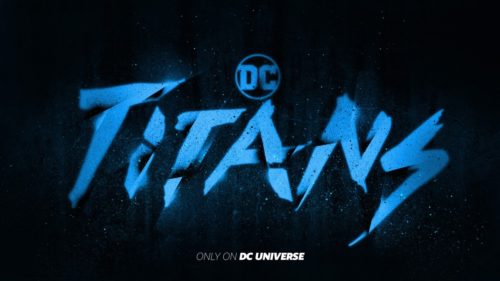 Titans follows young heroes from across the DC Universe as they come of age and find belonging in a gritty take on the classic Teen Titans franchise. Dick Grayson and Rachel Roth, a special young girl possessed by a strange darkness, get embroiled in a conspiracy that could bring Hell on Earth. Joining them along the way are the hot-headed Starfire and loveable Beast Boy. Together they become a surrogate family and team of heroes.

The series stars Brenton Thwaites as Dick Grayson/Robin, Anna Diop as Starfire, Teagan Croft as Rachel Roth/Raven, and Ryan Potter as Garfield Logan/Beast Boy. Minka Kelly and Alan Ritchson will drop in as Hawk and Dove, with appearances from members of the Doom Patrol, which will spin into its own series. 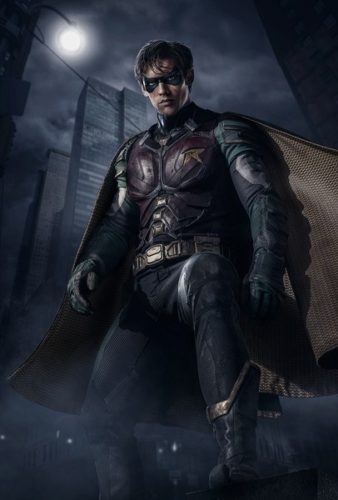 In addition to the Doom Patrol spin-off series, DC Universe has Swamp Thing, Young Justice: Outsiders (that one’s ready to go), and an animated Harley Quinn series in the works.