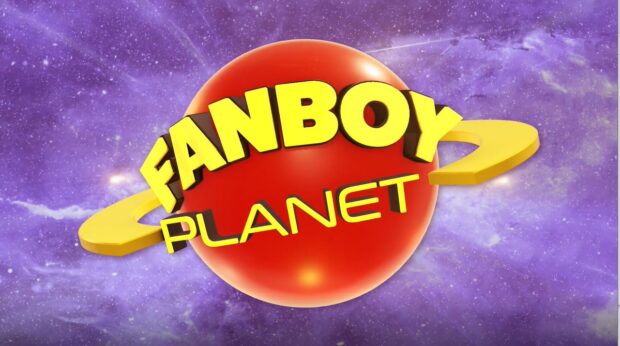 When Michael Goodson and I started Fanboy Planet back in 2001, I’m not sure the term blog had really taken hold. We weren’t really sure what we planned to be; we just knew we liked writing about comics and wrestling, and enjoyed that some people liked reading what we wrote.

We moved forward. Wrestling dropped away, as did brief coverage of fashion tips (?). Michael helped launch the podcast — it was really his idea. But he moved on in other directions, while people like Lon Lopez and Ric Bretschneider came onboard (and guests contributors like Troy Benson, Marin Carpenter, Erin Frost, and Stephanie Rodriguez at various points). There have been many others, but the core of Fanboy Planet is a blog mostly written by me, though I’m always happy to include other people’s posts, and a podcast produced by Ric Bretschneider where the two of us talk about fandom news.

I’m writing this to emphasize that word “include,” as in, even though we call ourselves “Fanboy Planet,” it was meant as a catch-all term, inspired both by Sergio Aragones and Mark Evanier doing a series called Fanboy for DC Comics, and Lobo often being drawn with a button on his jacked that said “Bite me, Fanboy.” Michael and I took the word for our own (and many other people did, too — Fanboy Radio, iFanboy, Big Fanboy, and I’m sure many I’m missing). But I’ve always tried to be inclusive at least in what we cover, understanding that we’re not a site like io9 or CBR or even Bleeding Cool. My motto has always been “don’t quit my day job.”

I hope that over the years you’ve enjoyed Fanboy Planet for what it is, and will continue to do so as I try to figure out what its place is in the conversation. Ultimately, it’s mostly Ric and I having a conversation, and as often as we can, we include other viewpoints. It’s for fun.

Long-winded, right? Bear with me. You made it this far.

All that’s to say that the past few months have been hard on all of us, and the past couple of weeks have shaken me to the core. I will continue to learn and grow, and to try to highlight creators who don’t look or think like me, and are doing work that pushes at the edges, and that I think are important even if they’re not necessarily meant for me to read. I still love reading comics from my childhood, but I’ve been spending my spare time digging at books that might not have been at the top of my “comfort reading” pile and challenged my status quo.

I hope you are, too. And if there’s something you think I should take a look at, I appreciate the recommendation. In the past couple of years, I’ve been super-jazzed about Naomi from DC, Occupy Avengers from Marvel (I think that’s probably been 3 years or so), and discovering DMC from Darryl Makes Comics, Morningstar from Gerimi Burleigh, and Black from Kwanza Osajyefo, Tim Smith 3, Jamal Igle, Khary Randolph, Sarah Litt (Black Mask Publishing). There’s more. Maybe we can help each other find it.

I don’t know what tomorrow holds. I just know that I’m grateful that anyone and everyone reading this is part of my today. (And thanks to Mark Teague for a brand spankin’ new video introduction.)

This was posted in slightly different form on the Fanboy Planet Facebook page.