Digital Fanboy is our exploration into digital media. How we use it, how it uses us, and how to get a better handle on everything. I hope that by breaking this down into small tastes I can help you understand what the present and future hold for us, just as I exorcise my own demons in this area. Come, take the red pill… 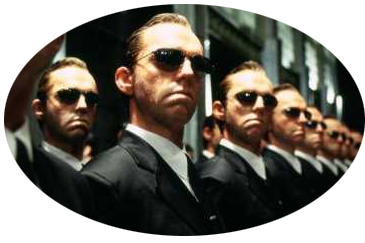 In Episode 1 we talked about the benefits and additional features we get from electronic media. The terms we hear and what they mean. In Episode 2 I reviewed how media made its way into the digital world, and what happened to it along the way.

This concluding episode we’ll be looking at a couple of real-world examples of what you can come to expect from the future of digital media, and how to best prepare for it.

Of course like all modern trilogies, there’s the potential for sequels. If you have questions or if there are new developments in this area, Digital Fanboy is the friend who will either explain it or tell you you’re better off not knowing.

You Live in the Future

I don’t need CD cases, they’re cheaper and “just as good” on iTunes!
Why clutter up your house with DVD cases when you can stream those movies on Netflix?
Book cases? Just read those books from the cloud!

Sure, and there’s stuff you can do with digital that you could never do with physical media. I travel with hundreds of books in my backpack. I can choose what movie I want to watch on the plane. Mix tape from 100’s of albums when and where I want? Sure, I’m Futureboy!

It’s all upside, right? What could be wrong? But about this time in any SyFy movie, you know the foreboding music is about to rise and everything you’ve been enjoying is about to turn on you.

The Current Future Is Broken

Only it’s not happening in the future. It’s already here. Digital media is busted, it isn’t the warm, fuzzy friend you thought you knew. It’s been fed after midnight and then pushed into the pool.

Case in point: Netflix. No, I’m not about to whine about the rise in subscription prices. I want to slap millennials who think they should have everything for free forever. Prices rise because the cost of doing business continues to rise, and costs get passed along to the consumer.

No, in the case of Netflix, it’s that they recently dumped around 80 “unpopular” movies rather than continue to pay the licenses to distribute them. Minor thing? Maybe. Unless you are a fan of Jay and Silent Bob Strike Back. Me? I’m glad I kept our Blu-Ray of Killer Clowns from Outer Space.

Of course not everything continues to be updated to the latest media formats, or kept in circulation if it was. That’s why we buy things, so we’ll always have them, pass them along to our kids, etc.

So about those digital comics you’ve been buying…

And now we come to the story that sparked starting the Digital Fanboy column: The story of Graphicly.

Graphicly was one of the first companies to provide digital versions of printed comic books. They had a web site and iPad application where you could buy comics to read on the web site or download to read on your iPad. It was a pretty slick deal.

I particulalry liked Graphicly because they distributed Archaia comics, which featured fresh new stories and art. I bought my Archaia books exclusively on Graphicly to read on my iPad. And everything looked great. 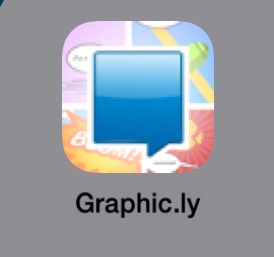 Then one day the Graphicly app stopped working. This was right after an iPad operating system update happened. Now OS updates often break applicaitons; it happens every 15 or so years in Windows, about every eight years in MacOS, and about every three years on the iPad/Phone. Mostly they’re intentional changes, and developers get notice of how they need to update their apps to remain compatible.

But Graphicly had decided not to update, instead in fact to eliminate their application users. 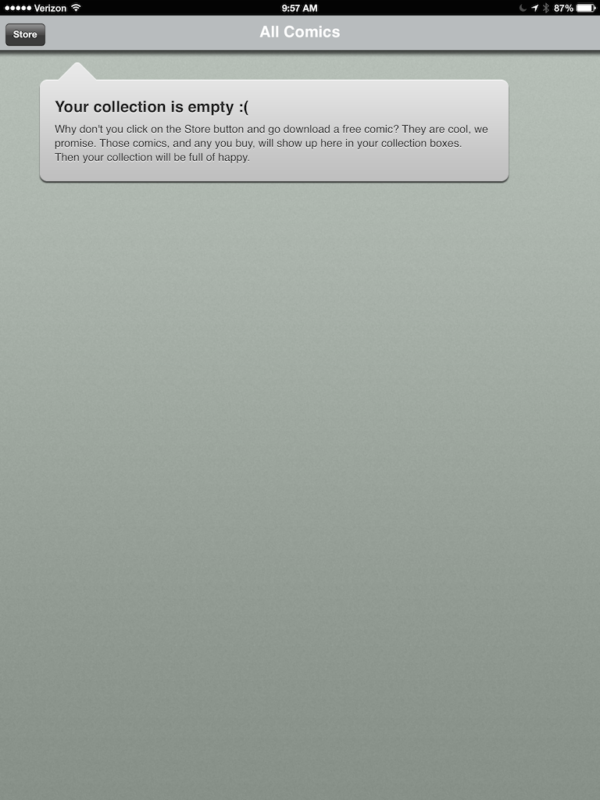 They explained that they couldn’t afford the effort, they were changing their business model, and that the books we had bought were still available to read from their web site in a web browser. Someone even brought up the issue of “what if you guys go bust?” on the message board, to which a Graphicly employee responded:

Hey Dr dmd and original poster k-R4d;
If something does happen (which looks less and less likely with every passing day!) we will do our best to work with publishers to make sure you have your comics downloaded and forever. We are still working towards an open format, but for now, you can download the adobe air comic reader, download all your comics and you will have them forever as it works in offline mode with already downloaded comics.
Thanks and talk to you from Graphic.ly for many years to come!

Of course their web page required Adobe Flash, which Apple had intentionally banned from the iPad. 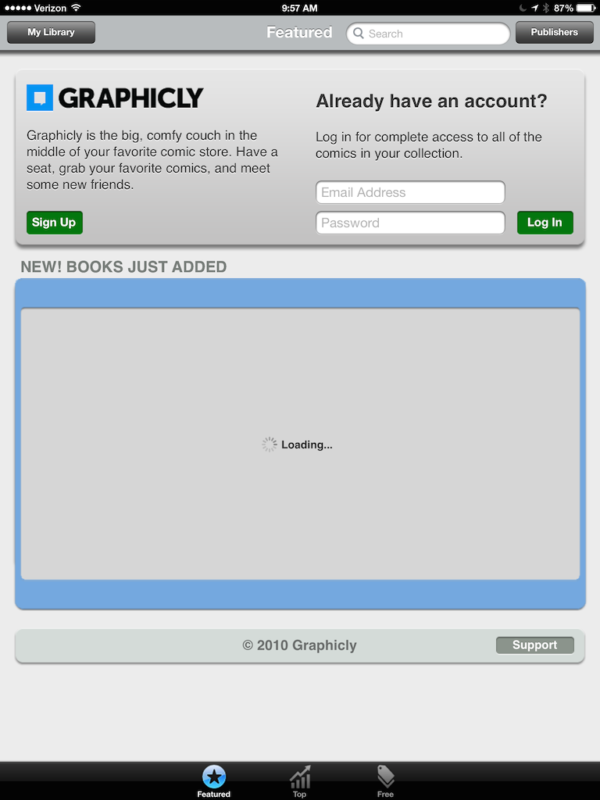 But the comics were still there, on their web site. So yeah, you could still read them on a PC or Mac in your browser, so arguably they’d just removed a feature. Bad, but not quite dead.

Until, earlier this year, this showed up when you went to Graphicly.com: 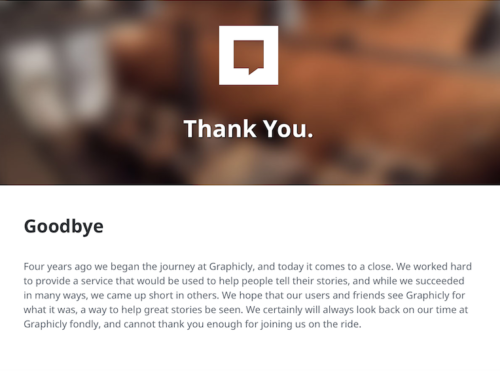 The comics I had bought were now truly and fully gone. I didn’t even have a list of what I had lost. The self-congratulatory Goodbye on their site stung like a pickpocket’s smile.

Buying became renting, and then the rentals went away. Literally overnight and without warning, the price we paid in dollars and faith in technological future goodness blown away.

So is this just a sad story made to make you fear digital media? No, not really.

In the future we have to keep our eyes open. Demand accountability up front. Understand the ‘fine print.’ It’s important that we all press for open standards, formats and applications that are not owned by one company such that if that company goes away others can step in and service the needs they’ve abandoned. It’s important that we don’t put too much faith in “The Cloud” just yet. It’s new, untested, and already prone to error and faults. That doesn’t mean “don’t use the cloud.” Rather it means don’t trust any data exclusively to the cloud that you can’t lay your hands on elsewhere.

I’ll continue to comment on these topics and others in future episodes of Digital Fanboy.

“Trust in Allah, but tie up your camel!”
Sinbad – The Golden Voyage of Sinbad

Let us know your thoughts on digital media and comics by writing to us on Facebook!

About Ric Bretschneider 659 Articles
When Ric Bretschneider isn't producing the Fanboy Planet Podcast, he obsessively collects geek activities. If you Google him, you'd swear you're looking at five different guys. A professional software developer for decades, your computer likely has at least one application he's worked on. He consults with individuals and groups on how to effectively present and engage an audience. Lately he’s been into pro and fan applications of e-communities and podcasting. When he has a moment, Ric reads books and comics, and plays analog board and card games. He's here to help people, it's what he does.