With the Disney acquisition of Fox clearing its biggest hurdles and almost a formality at this point, a lot of the major focus of the mouse house has been centered around arguably its most important puzzle piece of the future: its streaming service.

As far as pricing goes, CEO of the Walt Disney Company Bob Iger has stated at least initially pricing will be less than Netflix, simply due to the lack of originality in the programming. Disney has been adamant from the beginning that their streaming service will be entirely family-friendly. That means a lot of the assets bought from FOX will either not be available, or will be streamed on a separate service. For example, The Simpsons, one of FOX’s most prized assets, is confirmed to remain on Hulu, of which Disney will now own 60%. Despite the lowered price, some countries may be unable to access this service until after the initial American release date. Although it’s expected that there will soon be a release date for other countries, those who had planned to make use of the streaming service could always try using a VPN to see if that removes the region-restrictions. For a VPN comparison to ensure the network is safe, why not consider finding a review online. Hopefully, this service will be available soon in all countries.

Former president of Marketing for Walt Disney Studios Ricky Strauss has been given creative control of the service’s programming. With consumers trending further and further away from cable, the Disney streaming service may hold the key to continuing Disney’s dominance in the industry. While Netflix may have been the originator, a lot of its early success was due to licensing contracts with other studios that allowed Netflix to stream their TV programs and movies. Those licenses are starting to expire, and with no signs of being renewed from studios like Disney, Netflix has pledged to spend over six billion dollars in original programming in the next year to stay ahead of the curve. Indeed, what Netflix has become known for are its original programming like Stranger Things and Orange is the New Black.

Disney itself has a profitable licensing agreement with Netflix for its Marvel films (the Netflix/Marvel series will reportedly remain on Netflix, which makes sense due to their content). Starting with March’s release of Captain Marvel, all future Marvel films will go to Disney’s streaming service, not Netflix. Disney has also tried to buy back the rights to the original Star Wars films from Turner broadcasting, but it appears those will stay put, and only Star Wars films produced after 2019 will be available on the streaming service.

In terms of original programming, what will be on the Disney streaming service will be a new Star Wars series from Jon Favreau (Iron Man, The Jungle Book), a favorite of Disney also helming the upcoming Disney live-action version of The Lion King for wide theatrical release. It has been reported that the first season will contain 10 episodes and each episode will cost $10 million, roughly the equivalent of a Game of Thrones episode.

Favreau’s series might be the biggest original series the service will offer, however as announced at Comic-Con, Lucasfilm will also bring back The Clone Wars. Other episodic series in development are shows based on High School Musical, Monsters Inc. and The Muppets. There also a reported nine films in development, including live- action remakes of The Sword in the Stone and Lady in the Tramp.

While a premiere date has not been confirmed, Iger has been adamant from the beginning that a late 2019 launch date will happen. In addition to original programming, the service will also include all Marvel Studios films distributed under Disney, as well as potentially the riches that are in Disney’s vault. Indeed, Disney’s historic film library could be another key that separates itself from rival streaming services.

While information will probably be slowly revealed as it develops, Disney could also use their D23 Expo in August of 2019 as a potential launch point, as well as giving it a big marketing push during that time period. 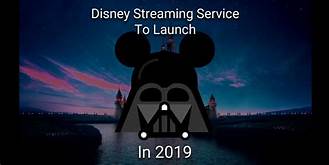