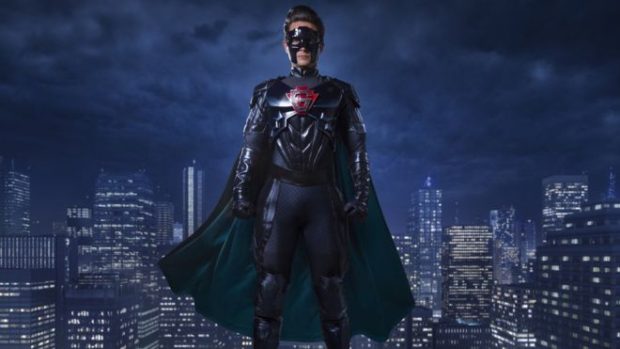 On Christmas Day, Doctor Who fans get an extra special present when their hero’s world collides with the comic book one. In “The Return of Doctor Mysterious,” The Doctor will assist a superhero in New York in taking down an evil alien threat. After all, it’s still Doctor Who.

But it also introduces Doctor Mysterio, played by Canadian actor Justin Chatwin. The exact circumstances of putting a costumed crimefighter in the Whoniverse are unrevealed at this time, other than that it will happen on Christmas Day, 2016 on BBC-One and BBC-America.

Charity Wakefield will guest as an investigative journalist — because a proper superhero needs one, I suppose. And under further mysterious circumstances, Matt Lucas will also make his second appearance in a Doctor Who Christmas special as Nardole before becoming a semi-regular companion.

Of course, Peter Capaldi returns as The Doctor, making it a merry, if angry-eyebrowed, Christmas after all.