Don’t get too freaked out, those of you that have yet to see the third season of Doctor Who that starts this weekend on Sci Fi.

After gaining the lovely, super-intelligent companion Martha Jones (Freema Agyeman), the Doctor will be sharing his TARDIS with a couple of other young ladies. For a guy that seems uninterested, he sure does well with women.

Heck, American audiences haven’t even met Martha yet. Trust me, you’ll love her, and the reasons that she won’t be back on the fourth season of Doctor Who for a while (for a while) aren’t nearly as tragic and weep-inducing as Rose Tyler’s. In fact, the character will spend some time on the second season of Torchwood.

All this means that for the Christmas special the Doctor (David Tennant — in for a longer haul than Christopher Eccleston) will gain the companionship of a pretty high-profile guest-star. Pop star and actress Kylie Minogue celebrates her return to showbiz after defeating cancer by guest-starring on Doctor Who. Her episode is entitled “Voyage of the Damned.” Damned hot, I’d say. 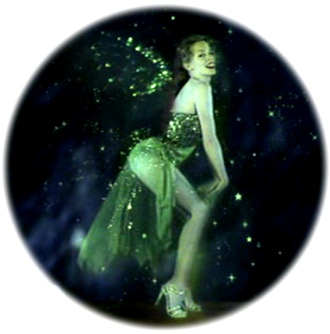 Then, the Doctor’s temporary companion from last year’s Christmas special, “The Runaway Bride,” returns. Actually, I think Syfy will be starting their run this summer with that episode. The brassy and somewhat annoying Donna Noble (played by Catherine Tate) will somehow cross paths with the Doctor again and be accompanying him for at least half the season before Martha, too, will return. Watch Tate and Tennant in the YouTube file below — she hooked him into doing a sketch for the U.K.’s Comic Relief 2006, and you can see they have an easy chemistry.

For those about to watch Season Three, you’re in for a heck of a ride.