Number 5 of my all-time Doctor Who favorites is the Third Doctor’s regeneration story, “Planet of the Spiders.”

To be honest, my top 4 are the definite ones. They’re easy choices, stories that stand out as anomalies even within their historical contexts, stories so good and so satisfying for me that there’s no question they’ll be right at the top of any list I make. Now permanently suffused with the rosy glow of nostalgia, they’re probably unbeatable, at least until the new series goes off the air for ten or twenty years and finally gets revived a third time.

But this fifth spot is as wide as the day is long. In my earlier lists, I noted many of the stories that sometimes occupy it, depending on my mood: “The Robots of Death,” “The Stones of Blood,” “Castrovalva,” to name a few. 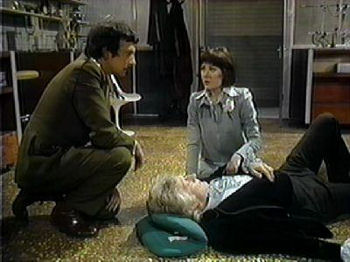 But there are three Doctors I grew up with, not just Tom Baker and Peter Davison, and in the spirit of inclusiveness, particularly since it’s fashionable these days to disparage his era, I wanted to bring a Jon Pertwee story into the fold. Fortunately, there’s “Planet of the Spiders.”

You could probably get most classic Who fans to praise my top 4, but this is the choice they’d question. This six-parter is often considered self-indulgent, an excuse to send the Third Doctor on lots of pointless chases in the James Bond-inspired vehicles he was famous for, not just a random hovercraft but also his futuristic car/plane rather gaudily referred to (offscreen) as the Whomobile. 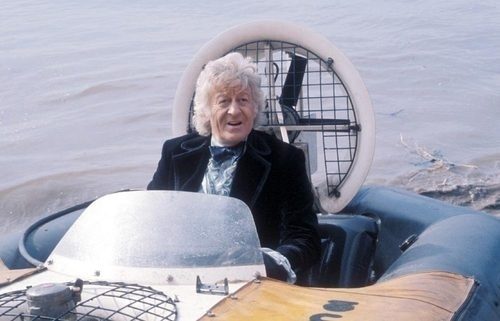 There are some scenes on the titular planet whose infractions range from sparse, low-budget scenery and costumes to what is not unreasonably considered some of the worst acting of the series. I imagine some people have even found reason to criticize the portrayal of Tommy, a mentally challenged young man “cured” by the mind amplification effects of the Doctor’s blue crystal, or the casting of two Western actors to portray two apparently Tibetan characters (spoiler, though: both are Time Lords).

But every time I’ve watched this, the six parts have just flown by, because on balance this is epically fabulous. I love the Buddhist retreat in which a group of misguided meditators use a mandala to seek power rather than peace, and open the gates for the titular spiders to travel to our world and possess people by sitting, invisibly, on their backs. I love the grizzled ringleader, Lupton, with his mundane motivations and his uneasy, nuanced alliance with the Queen of the Eight-Legs. I love Sarah Jane’s kind relationship with Tommy, and the Third Doctor’s respectful relationship with his old mentor. 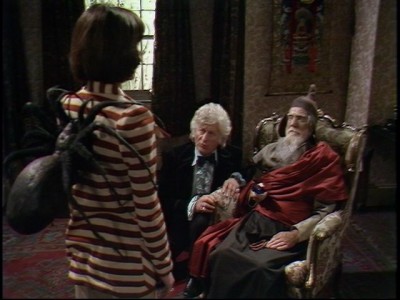 I even love the scenes set on Metebelis 3, bad acting and all, and the idea of a planet of human colonists enslaved by mutated versions of the spiders they brought with them as stowaways on their ship. I absolutely love the Third Doctor’s final confrontation with the Great One (some of the finest voice acting in the series, alongside Padmasambhava in “The Abominable Snowmen” and Sutekh in “The Pyramids of Mars”), his humbling, and his courage in going there in the first place. 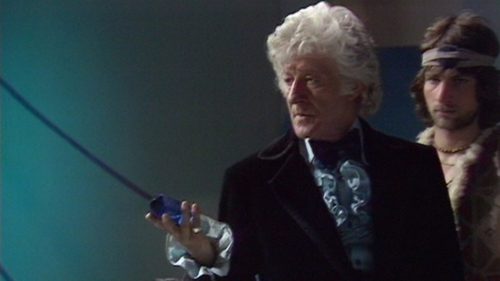 I love the mythology this story adds to the process of regeneration, and the sense that this one means something in a way that the first two, resonant as they were, didn’t.

I have no trouble enjoying the Third Doctor’s era in general, but this story in particular stands out for me as fantastically entertaining in its own right as well as being a turning point in the show’s history. 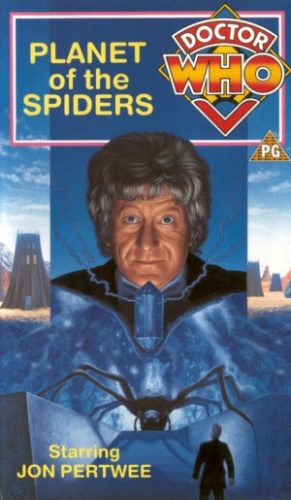