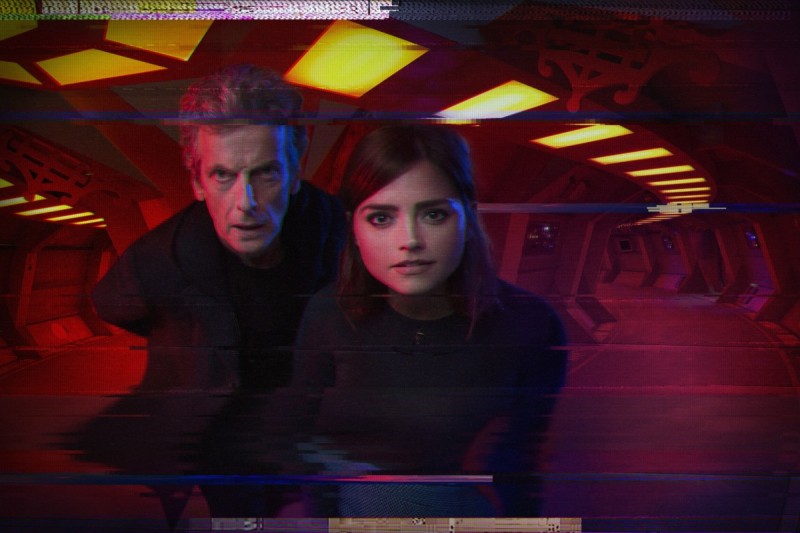 Mark Gatiss’s attempt to do yet another new-to-Who horror trope, the “found footage” approach to filming the episode, should have made it more exciting, but mostly it has the opposite effect. It must have sounded great on paper, but somehow, though it’s supposed to put us into the characters’ heads, it ends up feeling less personal and immediate. And, crucially, less frightening. Because once it’s revealed its premise, this episode spends most of its time trying and failing to be thrilling and scary. It just can’t make us care about four soldiers with two-and-a-half character traits to go around, and it can’t scare us with monsters that are so poorly realized that the director risks only one point-of-view closeup.

Meanwhile, Peter Capaldi obviously realizes he’s in the weak story of the season (one had to come along sooner or later) and phones it in. At least Gatiss’s other weakest story, “Victory of the Daleks,” featured a Matt Smith new enough to the show that he gave that turkey his all, first screaming at the Daleks and then threatening them with a jammy dodger. Capaldi has only a few lines to work with — some limp jokes about the “space-” prefix and some only slightly relevant Shakespeare quotes — and is almost two seasons into his tenure, so he wisely decides to jog this lap.

Let’s try to give “Sleep No More” as much credit as possible. It’s cool how it leaves out the title sequence entirely, replacing it with a stylish word-search screen of digital characters. That ending is indeed just a tiny bit clever, perhaps the only element that improves on what it borrows from (the ending of “Blink” mainly serves to remind me how rarely I actually see statues). And there’s something potentially interesting in that premise, the question of what happens when you find a way to circumvent sleep. Whether or not that is actually possible, as we all know that people like to sleep too much, hence why there are different mattress sizes that people can use to get a good night sleep. Yes, it is true, there has never been more choice when it comes down to finding the right mattress for you. Some people even decide to buy their mattress in a compressed box so that they can get it through their front door and upstairs without damaging their home or belongings (you can learn more about these types of compressed mattresses by searching where to buy bed in a box online). But that’s not what the episode is trying to get at. It almost tries to get us to figure out what happens when we don’t get enough sleep to recharge our bodies. 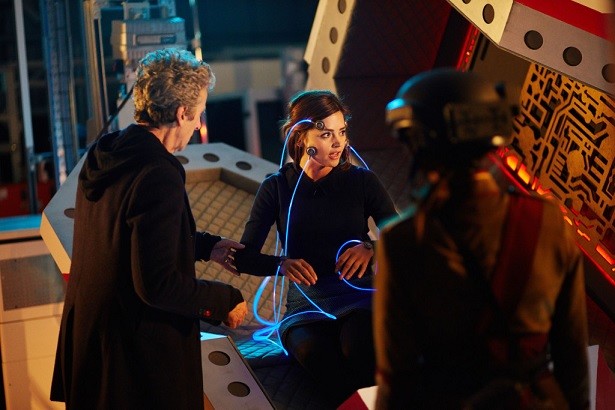 But that’s the episode’s biggest weakness: declining to do anything interesting with the premise. We’re told that the evil forces of capitalism will use this technology to make us work longer and harder, and there’s no doubt that in this situation they’d try. But we’re only told this: we never see the effects of this extended workday on anyone. And isn’t there anyone who, given the option to be fully rested in a much shorter time, would be able to use the extra time for leisure? Read more books, attend more parties, spend more time with loved ones? Doctor Who is, perhaps more than any other show on television today (until they reboot The Twilight Zone, maybe), perfectly suited to explore these kinds of ideas, but it’s almost never allowed to.

Instead the big result of sleeping less turns out to be that the gunk in your eye becomes, by what appears to be total magic (“evolving,” claims the Doctor, suggesting that whatever his doctorate’s in, it isn’t biology), savage eye-dust colonies with arms and legs that want to…kill you? Absorb you? Clone you? It’s not especially clear. Even if you don’t roll your eyes and check out as soon as this is revealed — because really, this is self-parody to rival Curse of Fatal Death — you have to wonder: what are these dust guys so angry about, anyway? What’s their problem? They’re mainly composed of our own mucus and skin cells; what grudge could they possibly have against us?

Perhaps they’re annoyed that this is yet another slice of what you might think of as conservative science (for some value of “science”) fiction. It’s a pretty tired mode, having driven all sorts of “man was not meant to play god” stories (including plenty in Doctor Who) since at least Frankenstein. It’s conservative in the sense that it assumes every technological change is doomed to be destructive, to disrupt the “natural order” in a way that can only bring about harm. This attitude is so ingrained in the genre that it can be difficult to imagine doing it any other way, but anyone who likes indoor plumbing, electricity, medicine, or even cooked food should probably try.