If you’ve thought that the Marvel Universe was too complicated, maybe a history book covering the timeline from start to pretty much the literal finish is for you. Tomorrow, July 24th, volume 1 of The History of the Marvel Universe arrives in comics shops and on digital platforms. Marvel promises that it will be accessible, opening doors for new readers and rewarding long-time readers with easter eggs and seeds planted for the future. But don’t take my word for it, here’s series writer Mark Waid and executive editor Tom Brevoort explaining it all. 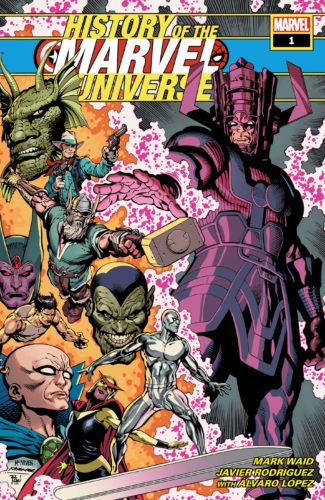