Bow your heads. This will likely be the last X-Men movie for a few years (we’ll put New Mutants in its own category for now). It’s the last of the old Fox — after this, Marvel’s Merry Mutants are in the hands of Kevin Feige. If Simon Kinberg and the rest of the production team needed to go out strong, building upon one of the most iconic arcs is the way to go. Of course, they tried that once before, sort of, with X-Men: The Last Stand.

From this trailer, it already looks lightyears better. The film acknowledges the “Phoenix Force,” even if Jessica Chastain’s mysterious character doesn’t out and out name it. Evan Pearson’s Quicksilver gets focus, and if there’s been one consistent bright spot throughout the last three X-movies, it’s him. Watching Sophie Turner on Game of Thrones this season shows she has the chops for Jean’s dark transformation — here’s hoping the film delivers.

Dark Phoenix opens June 7 — will we have the energy after endless viewings of Avengers: Endgame? 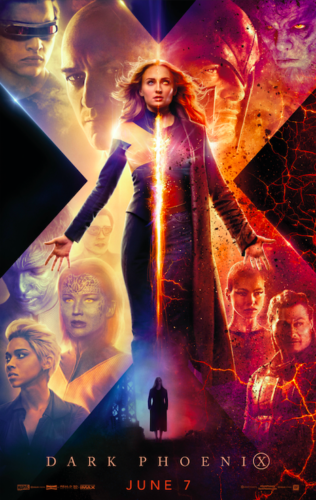